Main Squeeze started in 2017 as a single-location juice bar in Louisiana, but serving up healthy and quick smoothies and bowls to their hometown of Lake Charles.

We spoke with Jessie Williams, Director of IT, to learn more about the amazing growth of Main Squeeze in the past three years.


Main Squeeze was founded in 2017 out of Lake Charles, Louisiana...I don't think anybody really knew the level of success they were going to have when starting it originally. It was just supposed to be a mom-and-pop juice bar with one owner and that's it. When me and my team found it, we obviously saw what an amazing opportunity it was and began a partnership with those guys—started franchising shortly thereafter. Literally five months or so after we found it, we started franchising, [and] sold 10 units out the gate. 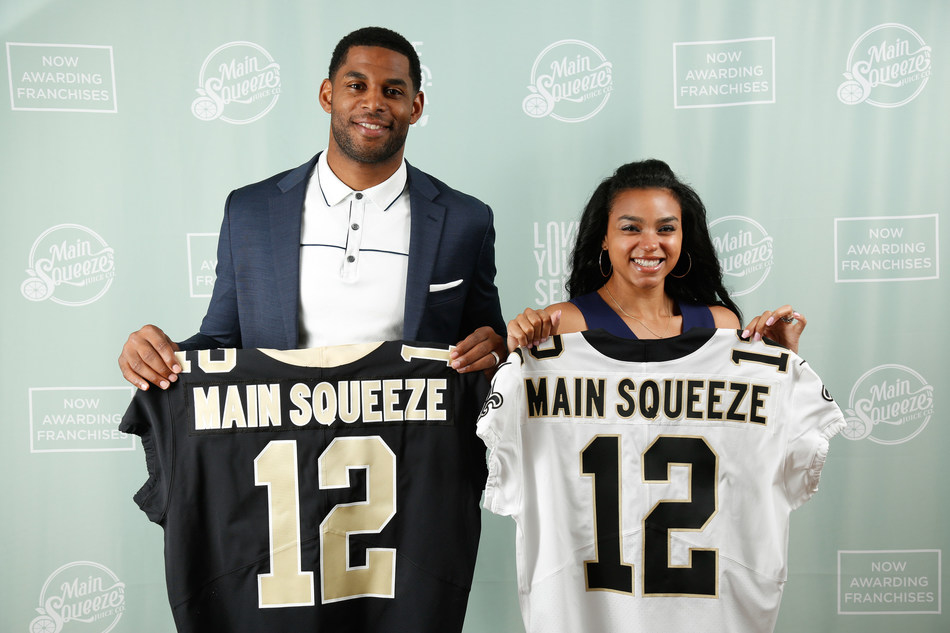 Fast forward to 2020 and Main Squeeze will have opened 20 locations by the end of the year with a “waiting list” of potential franchisees wanting to get involved. They have the backing of two NFL players—Marques Colston and Thomas Morstead—on their board of directors. Main Squeeze is the perfect example of a smart, scalable restaurant that is growing exponentially by streamlining operations and turning labor into a competitive advantage.

How did they do it? Williams mentions that Main Squeeze—and all their franchisees—stick to two major rules. One, to have enough capital to succeed. Two, to find the right people.

All businesses are all about relationships. As Americans, we're so used to results, results, results. And although those are important, relationships and people really are what gets you those results. So being able to reframe our mind to make sure that we're always going after people that have a direct fit to our belief system is just imperative. There's going to be valleys. There's going to be highs. When you're in those valleys, if you don't share the same core belief system, you're going to have massive problems. And then likewise, when you're in your highs...you want them so focused on building and creating and helping our customers.

When Jessie originally joined the Main Squeeze team in 2017, they used old-school Excel spreadsheets and emails to coordinate schedules with their staff. This meant a lot of time wasted through email threads discussing time off or vacation, finding shift replacements, and updating clunky spreadsheets to share out with their team.

The first technology jump they made into scheduling was with a generic shift scheduling tool, When I Work, which helped modernize their labor management practices. However, while it sped up their scheduling workflow, it didn’t give them any insight into the sales and labor performance needed in order to track, project,  and reduce their labor costs—and ultimately grow their margins—and their business.

I had used When I Work in my previous venture. The one thing that they don't have though is the complex algorithms that allow us to see my labor breakdowns, which is honestly the most important thing. With 7shifts, being able to take our information and to create algorithms that tell us exactly where we need to be every single day, every single hour even, that's super helpful. To be able to see that in real time, nothing else out there does that.

As the organization grew, Jessie and the Main Squeeze team had a strong understanding of how important it was to optimize their labor—especially as they grew their franchised locations. If they did not keep their labor costs in check across all locations, then it would cut into their bottom line—and they won’t sacrifice food costs or marketing to make up for it. With 7shifts, they don’t have to.

“We look at it like a pizza. A very healthy vegan pizza. Each slice represents your money. It all makes sense to your net sales. For our franchisees, we know that we want the rents to be at 10% occupancy pros. The royalty is at 6%. We want their marketing at a minimum of four. Their technology fee is 1%. We know what their utilities should cover. We know what every little piece breaks down to it's covering that pizza.

The biggest chunk, arguably half of that pizza, is cost of labor and cost of goods. And if you're not looking at those, then you have a big problem on your hands. Because I can't send my lease home early. If I have boost to a store, I can't send that home early. I'm not sending my royalties home early. I'm not sending my marketing home or late. If you are, shame on you. I can't turn off half the lights at the restaurant just to save some money. Nobody's going to come in.

But what I can do is I can appropriately staff and I can make adjustments in real time based off of my sales numbers. And it's right there in front of you [in 7shifts], what more could you ask for? It's like having the best restaurateur in the world, in your ear all day long.”

With 7shifts’ sales and labor projections from their POS help guide Main Squeeze franchisees to schedule their staff appropriately, they were able to minimize that labor slice of the pie—and in turn, grow their profit margin. Having the right tools at their disposal to track and manage their labor costs also gave their franchisees a leg up when it came to operating a successful restaurant. With 7shifts mandated across all Main Squeeze locations, the labor cost was kept in check across the board.

“We shoot for a 50% cost of labor for an owner-operated store. And then a 22% cost of labor number for a location that has a manager. What we found is that, with 7shifts, we've been able to consistently hit those numbers just because of the tools that are available.”

As seen from the graphs above, Main Squeeze was able to reduce their labor cost by 25% on average across all their locations within their first nine months—keeping their labor well within and below their target labor cost range.

By taking sales and labor projections off the hands of the franchisees, and keeping their labor costs in check, the owners and managers were able to spend their money on other things that matter—like marketing and employee retention. As a people-focused company, this was essential for Main Squeeze.

One of the many things that makes Main Squeeze unique is the fact that they have a proprietary POS built by Jessie and his team. While 7shifts integrates with many of the leading POS systems for restaurants in order to project sales and labor needs, there’s also an open API to allow integrations to be built to fit any restaurant’s or organization’s needs.

Main Squeeze is a very modern, tech-forward restaurant operation, and they take the technology they use very seriously. After all, modern restaurants require modern technologies in order to optimize and grow their business.

[The integration] was very straight forward. If you have a developer that knows any normal language, they're going to understand pretty easily how to communicate and how to send that data. We used all of the documentation from [the 7shifts] database to basically tell us how to do it. And it really was very simple. There's so many different use cases and different ways that you can call data and different things like that, that were all easily accessible, that I could share with my development team. And then they were just able to recreate that ultimately based off the information that was provided [by 7shifts]

When it comes to building a successful and efficient modern restaurant operation, Jessie advises restaurateurs to focus on the people—and the schedule.

[Hire smart and fire fast. And I don't mean that to be ruthless. You just don't want to put up with nonsense. You want to hire people that are willing to work hard and they're out there. Just take your time and find them. When it comes to scheduling, look at all the numbers, don't just schedule it based on a feeling, schedule based on facts. And for us, being able to take our sales data and aggregate that into 7shifts so that we can see our forecast right next to our schedule, gives us the ability to do that. We're now scheduling off of facts and not off of personal relationships and the fear of having to make your own smoothie. It's based on facts.

Learn more about Main Squeeze by visiting their site or checking out their Instagram.

Want to grow your business while reducing labor costs like Main Squeeze? Schedule your demo today!

Hey! I'm Dew, the Brand Strategist at 7shifts. I cultivate 7shifts' social and content garden, and I'm always looking for ways to grow our network of restaurateurs, local talent, and tech companies. 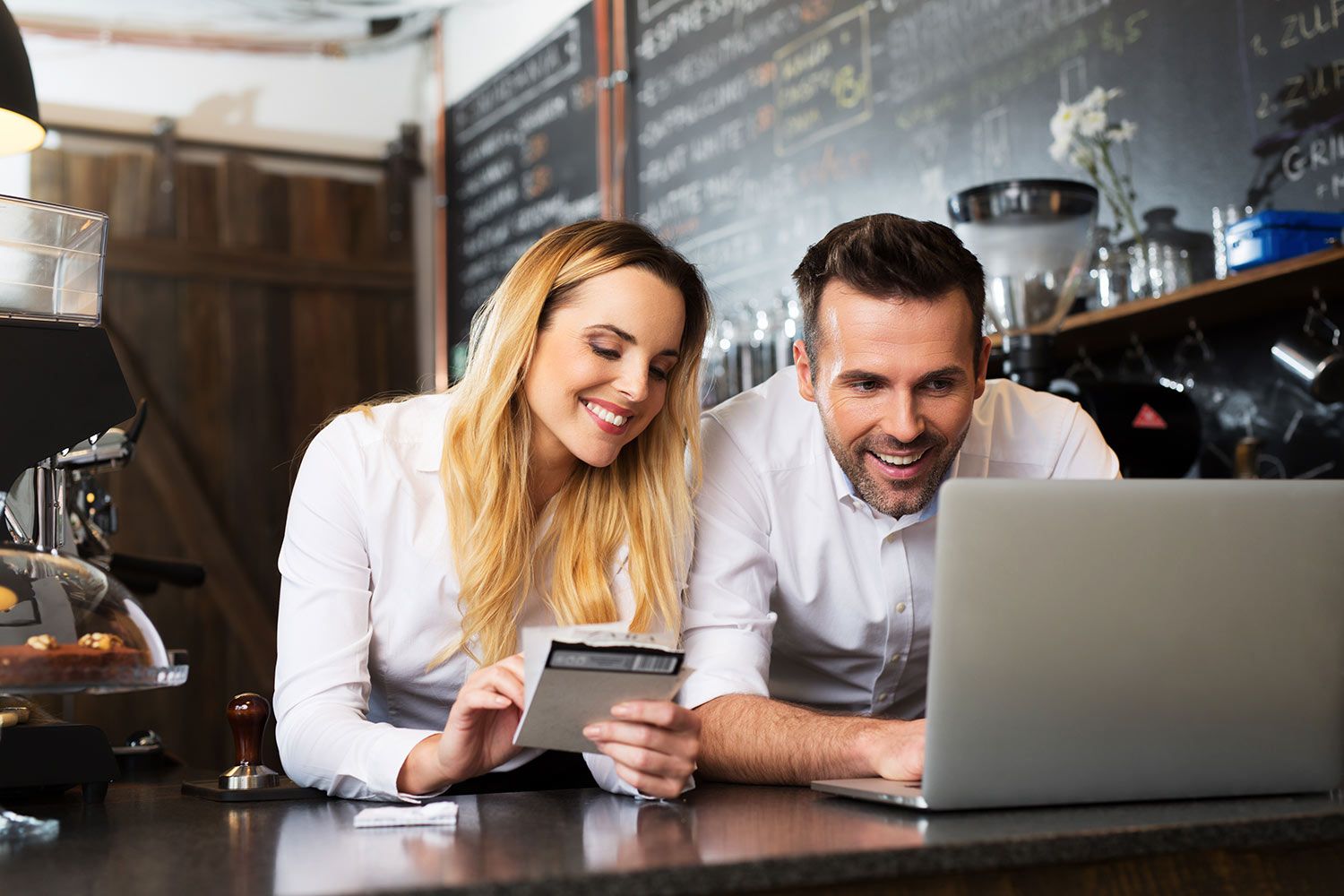 A restaurant employee evaluation form is a great tool for recording a staff member's quantifiable performance and measuring their qualitative achievements during a performance review.

In order for new hires to perform well and stay happy in their roles, hiring managers need to pay more attention to the restaurant onboarding process.