Little Pub is a chain of four location in Connecticut. Little Pub’s goal is to deliver consistently great atmosphere, service, and food.

Douglas Grabe is the Owner-Operator of Little Pub and opened the first location back in 2009. With a background in technology sales, the restaurant world wasn’t necessarily at the forefront of his plans, but when circumstances presented themselves, he went for it. “We ended up with one location that was successful and we just continued on that model,” recalls Doug.

Little Pub is known for serving upscale pub food in a rustic atmosphere. To keep it simple, Doug focuses on three things in his pubs: making tasty food with great value, serving the guests, and being nice to people.

Last spring, Doug researched ways to bring operational changes to the business. There were aspects that bothered him as well as the managers and employees, and to help solve the challenges, he wanted to implement more technology-based systems. He started with a new POS system. Doug saw the inefficiencies of a traditional, client-server-based POS system in a world that’s migrated to cloud-based systems. “I have a technology background, so I’m always looking at what the latest thing is and asking if we’re using the most effective solution that’s currently available,” says Doug.

“The functionality and features we needed to grow in the future was going to be cloud-based.”

Doug’s research led him to Toast POS. “Toast is built by restaurant guys, so they know the business. It solved a lot of issues for us and gave us solutions we did or didn’t know we needed. We are super happy with them,” he says. 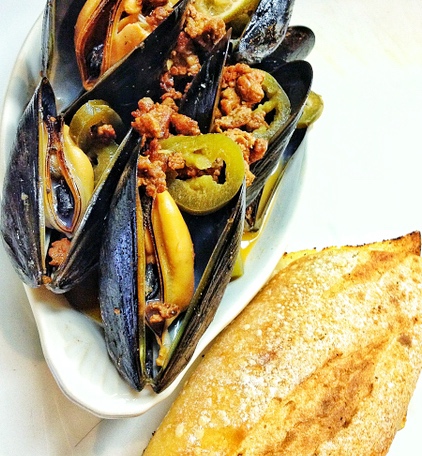 Next on Doug’s list of improvements was staff scheduling. Many employees at Little Pub work at multiple locations and managing everyone’s whereabouts was problematic when shifts became available. The majority of the stress fell upon the managers, who were responsible for the time-consuming task of finding coverage for open shifts. “The pool of covers was restricted if you couldn’t communicate that you had an open shift across locations. The shift may not have been filled even though there were suitable people to cover it,” says Doug. “We needed to alleviate this and our current provider wasn’t able to give us cross-location scheduling functionality.”

“The additional time spent on scheduling is a distraction from what you’re in business to do.”

Doug came across 7shifts when he went onto the Toast website to discover more about their partners and integrations. “Toast gave us the platform to find complementary partners, like 7shifts. Finding great partners has made the day-to-day job of running a restaurant a little less chaotic. It’s chaotic enough, so anything that makes it easier is solid gold. 7shifts is a big part of that family,” says Doug.

“7shifts gave our managers greater visibility on a more robust platform than our old provider. For the same amount of money, we get more functionality and are more efficient as a result.”

Each manager is responsible for scheduling their Little Pub location and 7shifts has reduced a significant amount of time for each one. Most time wasn’t spent on creating the schedule itself, but on the disruptions around the schedule. They spent a lot of time calling around to cover shifts, and spent a few hours per week filling in the blanks. Doug says, “They were distracted from what their day-to-day job was—making customers happy. 7shifts basically took away the process of filling open shifts.” 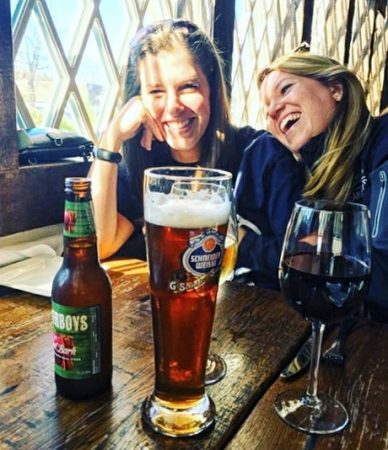 7shifts has also improved communication for Little Pub. Managers and staff now receive all work-related communication through 7shifts. Being able to send out messages to the entire staff pool is a huge advantage over what they were previously doing, which consisted of a combination of text messages, emails, phone calls, and post-it notes. As Doug explains, “Employee communications have improved knowing it all goes right to their 7shifts app. It’s not another email or text message in the hundreds you receive. I have yet to hear of anyone not showing up for shifts since we’ve had 7shifts.”

“[As a business owner], you need a way to keep track of all the moving parts and 7shifts gave us that capability.”

The 7shifts-Toast POS integration allows Doug and the managers to see their actual sales data and labor rates right in 7shifts. This insight led to savvy scheduling that has lowered Little Pub’s labor rates. “Labor costs have gone down because we’re more cognizant of it now. We’re able to be more analytical because we have much more data to work with now,” says Doug.

“The fact that we’re using Toast POS and it integrates ****with 7shifts is amazing. It’s complementary and helps us keep track of everything.”

What’s one thing that surprised Doug when he implemented 7shifts in Little Pub? That the staff absolutely loved it. He says the response to 7shifts has been positive, which is rare knowing it’s not easy to please everyone when introducing new systems and processes. “A lot of staff are able to make more money or take more vacations, depending on what they wanted. 7shifts has made a lot of people’s lives easier,” says Doug.

“7shifts is not a lot of money, but provides a lot of functionality. It relieves a lot of headaches just by using it.”

In the near future, the fifth Little Pub location will be up and running, but are there plans for more? Doug admits while there isn’t an exact plan, as long as they continue to make people happy, they will continue to grow. “People are enjoying working here and we’re having a blast running [the locations]. As long as everyone’s having fun, we’ll keep doing what we’re doing.”

In closing, Doug states, “We are a more efficient organization because of 7shifts. Our communications are improved and managers can spend more time making customers happy instead of juggling schedules. They are able to make additional money, and it’s improved the business in several areas—operationally, in customer satisfaction, and in efficiency. 7shifts has been a terrific solution for us.” 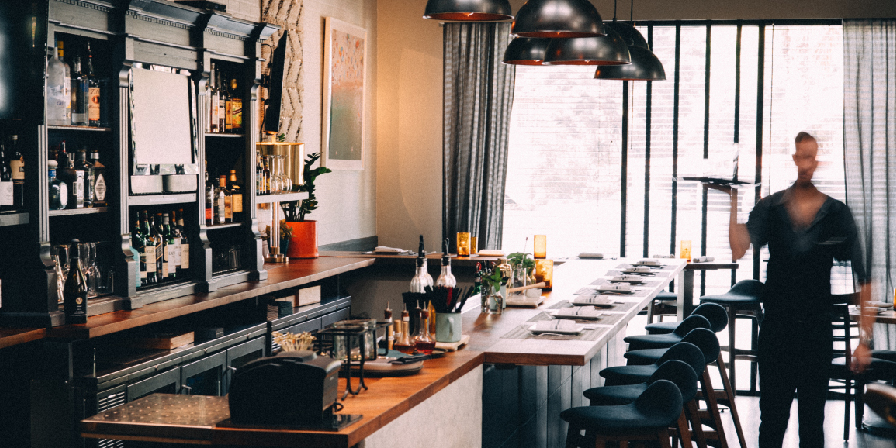 As a restaurant manager, you have a lot on your plate. There’s much more to the job than what an average customer might see—to them, you’re the friendly face checking in on diners during a busy dinner service to ensure awesome customer service and flawless food. 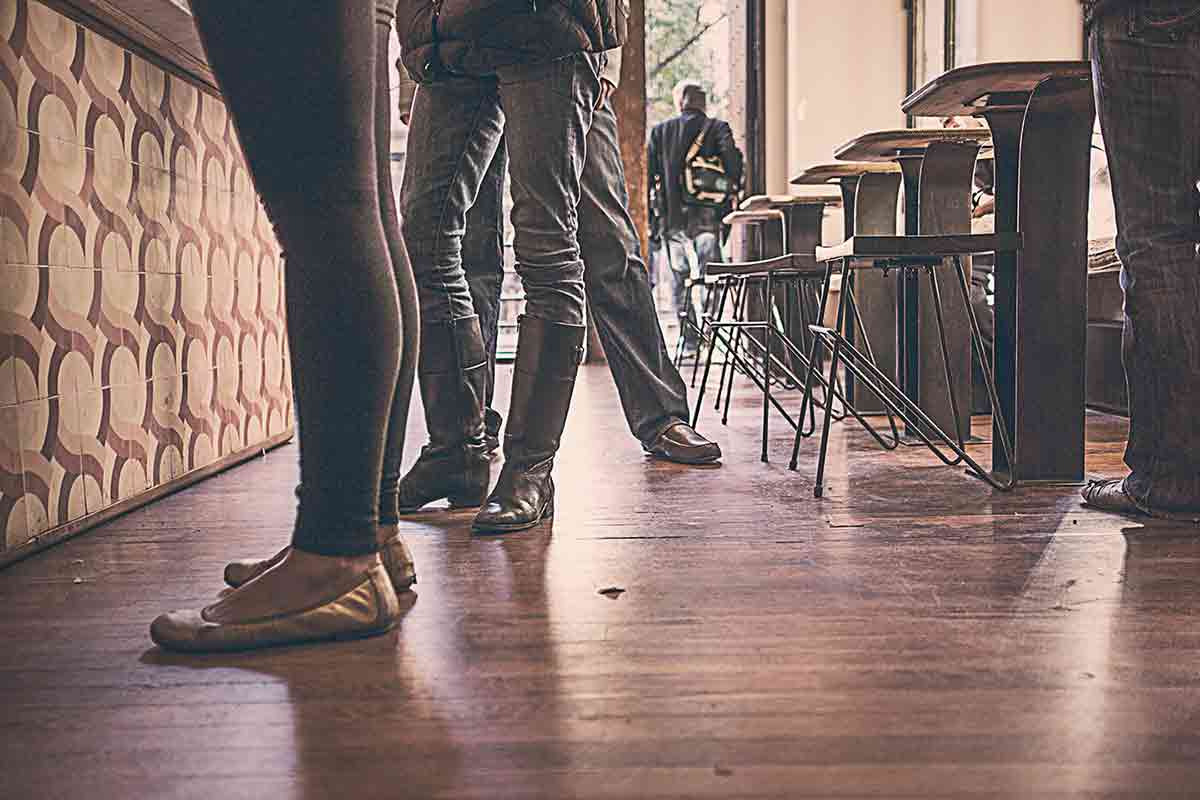 The news of minimum wage increases across North America is hardly ‘news’ these days. As a headline, it’s become a familiar refrain, and as a challenge for restaurant owners, it’s become