Why You Should Use a Mobile Scheduling App in Your Restaurant 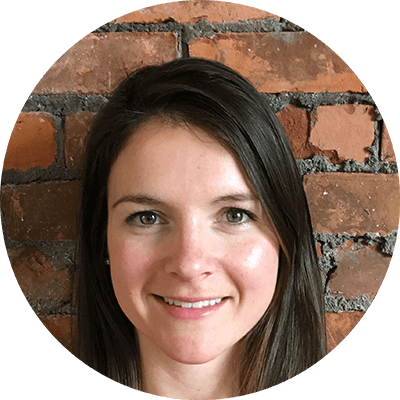 There’s no denying that over the past 3 years there has been a large adoption of smartphones globally. It seems like everyone has one these days. Take a few seconds to look at stats like these and it’s easy to conclude that soon a mobile phone that can only be used to make phone calls will soon be a thing of the past.

Here at 7shifts (as with many other SaaS companies I am sure), we’ve seen an increasing demand for mobile functionality with our mobile scheduling app. And it’s impacted our roadmap significantly. We’ve had to refocus our efforts on mobile because being able to do everything on your smartphone is no longer a want – it’s an expectation.

A recent survey conducted by SoftwareAdvice, an online resource for employee scheduling technology, aimed to gauge employees’ interest in mobile scheduling apps across different industries. They found that employees in the restaurant and bar industry were most likely to use employee scheduling software if it was offered to them. 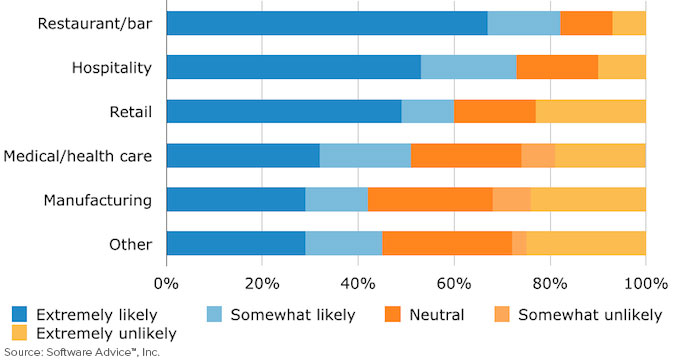 Considering that the majority of the service industry workforce is between the ages of 18-34 and over 85% of this demographic use a smartphone today, it seems fitting that employees want to be able to access their work schedule from their mobile devices.

Since our employee scheduling app is designed specifically for restaurants, this finding peaked our interest. In August 2014 we launched the 7shifts iOS app and our Android app became available in October. We’ve been collecting interesting data over the past few months and pulled some of it together to demonstrate what we’ve seen in just a few short months since launching our native mobile app.

Since we launched the native mobile apps, we’ve seen a significant shift away from using the web app. 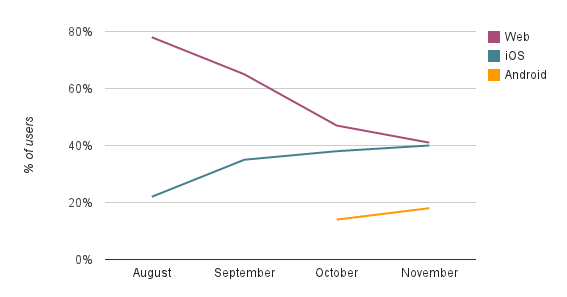 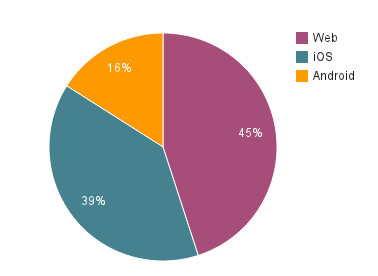 Interestingly, employees surveyed said the most appealing feature about a scheduling app is the ability to request time off from their mobile devices. 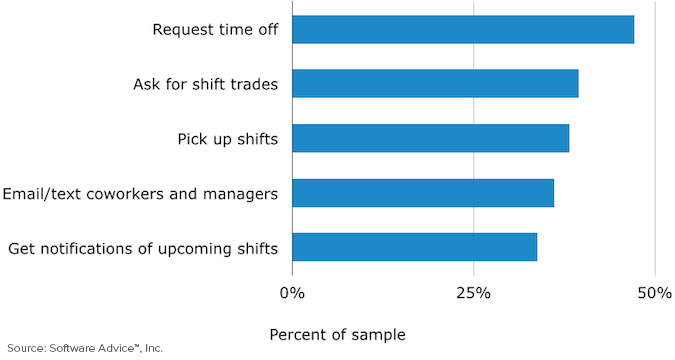 We then looked at the most used features in our app and found the following: 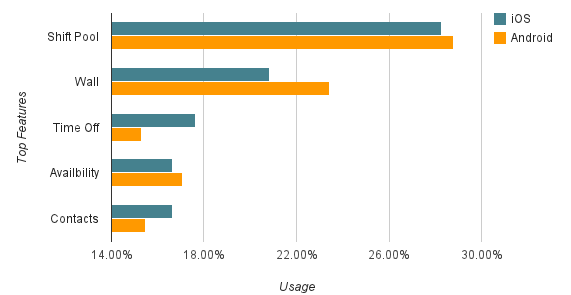 The ‘My Shifts’ feature, which lists all upcoming shifts for an employee, was excluded from this list since it goes without saying that the main purpose of the app is to check when you work. It was inevitably the most used feature. After checking the schedule, however, these are the top features:

As this shows, the features that were requested by the surveyed employees are in sync with the most used features in 7shifts. Topping the charts is the Shift Pool, which indicates that employee are relying on the mobile app to request shift trades or to pick up extra shifts. This is a good thing for both employees and managers. By giving employees the right tools, managers save countless hours that would have otherwise been spent managing these shift changes.

We’ll continue to measure the mobile app adoption in the coming months and will report back in the new year. What do you think our mobile to web ratio will be in 4 months? 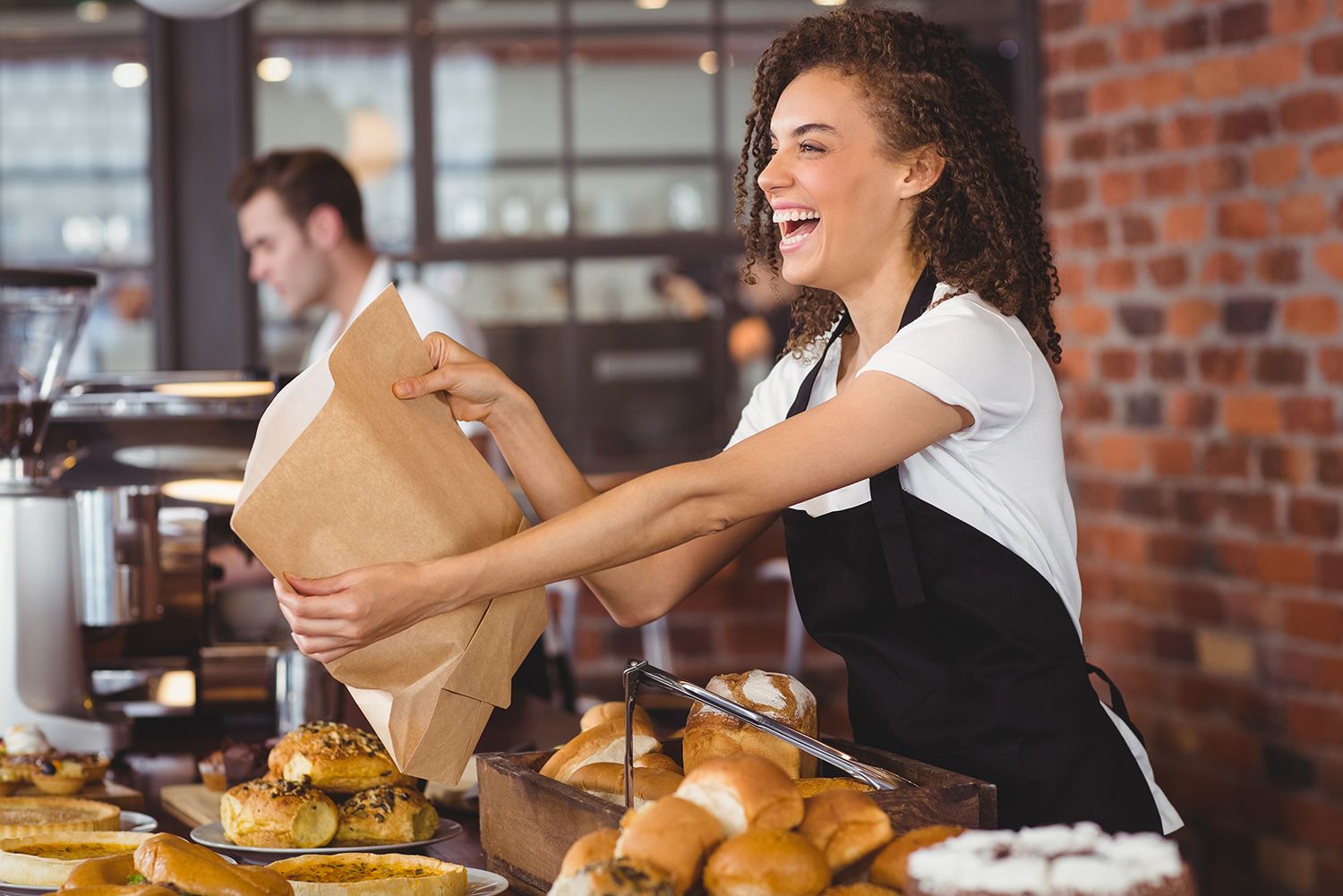 Are you more of a server, barback, bartender or host? If you’re looking for your first restaurant industry gig, read on to learn which position is the best fit for you. 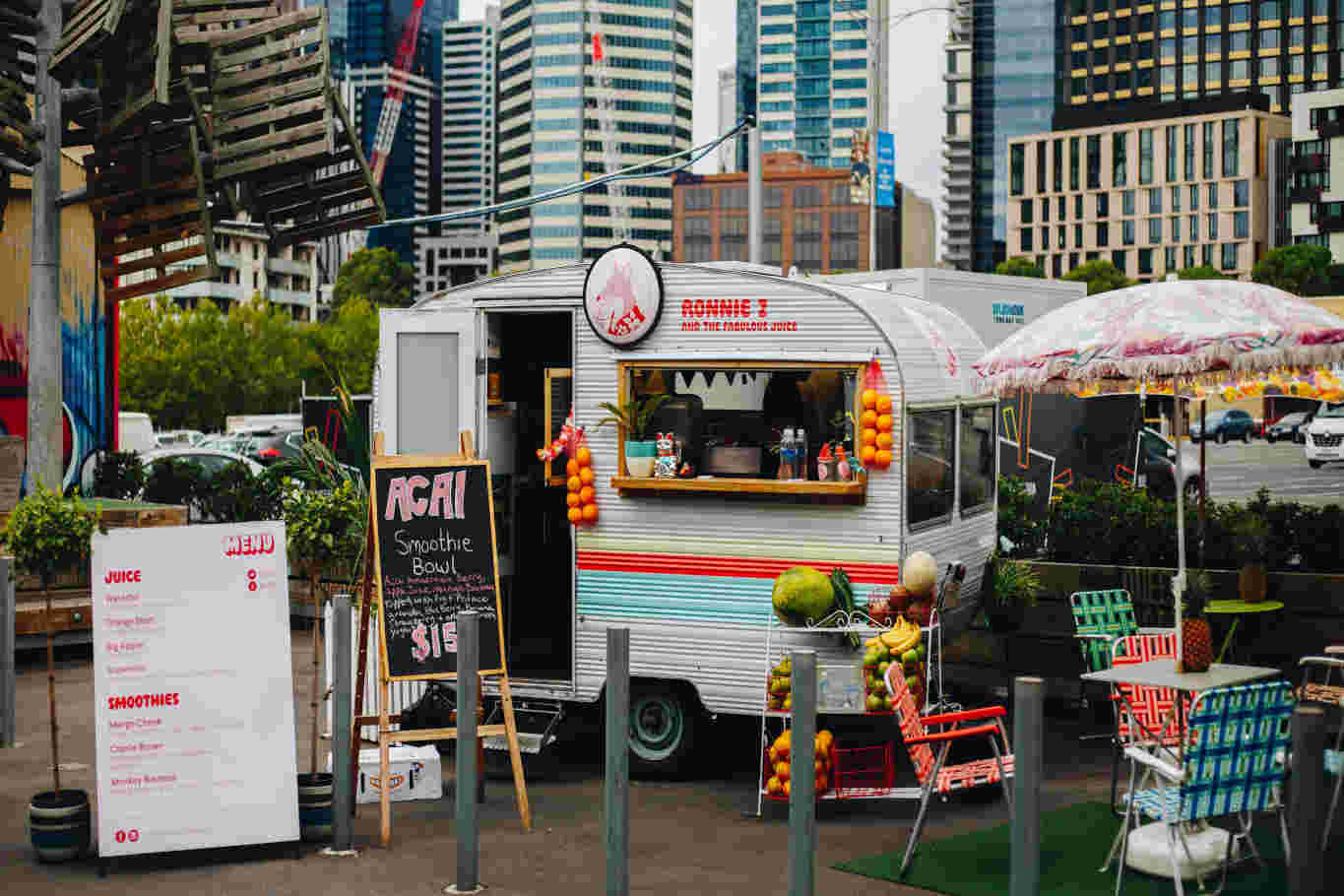 After the economic downturn in 2008, aspiring and established restaurateurs alike decided to take their food ventures to the street – and I mean that literally. Since then, there has been rapid and continuing