Happy Halloween! We’ve collected three spoooooky restaurant ghost stories sure to get you into the spirit of the season.

Grab your pumpkin-spiced item of choice, pour yourself a bowl of mini chocolate bars, and get ready to scream!

Get to know Zoe.

Poogan’s Porch, a beloved 7shifts client, is one of The Food Network’s 10 Most Horrifying Haunted Restaurants. The grand, Victorian-style home was built in 1888 and, as one of Charleston, South Carolina’s oldest independent culinary establishments, the restaurant offers delectable brunch, dinner, and ghost stories aplenty. 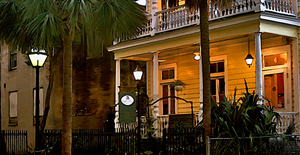 The stories are of a dog named Poogan—the restaurant’s namesake—but, predominantly, of woman named Zoe. Zoe is seen dressed in black, wandering the dining room in dismay.

Zoe was the owner of the location’s former restaurant in the early 1900s, and when her beloved sister Elizabeth died, she fell into dangerous distress. She now wanders the restaurant in hopes of being reunited with Elizabeth.

Employees at Poogan’s Porch have reported sharing some scary-movie-grade encounters with Zoe. As one account goes, it was well after closing when a staff member was doing her cleaning duties. As she worked, she began to feel as though someone was behind her. The feeling persisted, but when the employee turned to look behind her, nothing was there.

Even after checking her surroundings, she still couldn’t shake the sensation that she was being watched. She continued with her end-of-shift cleaning until a mirror happened to catch her eye. She was started when she realized that it wasn’t her own reflection that she saw—it was the face of an old woman in thin wire-framed glasses! The employee tried to speak, but the image disappeared from the mirror.

Zoe isn’t known for being shy. She’s been pegged as the culprit for missing coffees, and as the entity behind the disembodied voice in the ladies’ room. Local historian Ed Macy has been studying Charleston’s haunted history since the 1990s, and has co-authored several books that detail Charleston’s ghostly past. Speaking of Zoe, Macy says, ”To my knowledge, she’s been seen well over 200 times, oftentimes in broad daylight like during the brunch hour.” 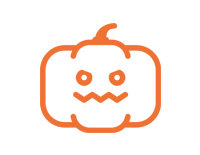 So romantic that it’s scary.

If you’re keen on enjoying your romance with a side of hair-raising fright, the classic New York restaurant One If by Land, Two If by Sea just might the place for you. The restaurant resides within an 18th-century carriage house that was built for former VP Aaron Burr. Mr. Burr is said to haunt the premises…along with 20 other ghosts. 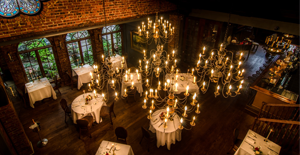 Visit One If by Land, Two If by Sea and you may encounter a woman in a black gown who walks down the staircase…but never, ever up. Or perhaps you’ll meet another entity who likes to hang out in the office (a psychic claims to have made contact with this spirit). The restaurant is also home to a ghost who is believed to have been a cast member in the turn-of-the-century Broadway revue Ziegfield Follies. Another spirit is a man who likes to linger by the fireplace, and another is one who likes to use the front door. And that’s just a few of them!

The candle-lit, chandelier-encrusted, velvet-festooned environment nearly writes its own spooky campfire story through ambience alone. But, of course, there are stories.

Employees have reported seeing machinery switch on and off without explanation, and some have also reported that picture frames and furniture are often found out of place. Lights will flicker, staff members will be pushed by an invisible force, and sometimes they’ll feel inexplicable drafts. There was a time where, on a nightly basis, women were losing earrings at the bar, but there was no earthly culprit or logical explanation to be found.

Even the General Manager, Rosanne Martino, has backed up the claims in conversation with Eater New York. “I’ve had experiences. Inexplicable experiences. I’ve been here for eight years and I have seen a lot.” She also noted that servers have actually attempted to serve entities who are sitting at a table. How’s that for above-and-beyond (the afterlife) service? 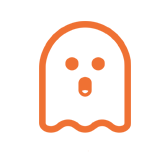 When she was in school, Rachel in New Jersey worked in a historic inn’s restaurant. On a Sunday afternoon, she answered a call from a guest who’d visited the restaurant that weekend.

The caller said she was there on Saturday, then asked whether there were any reported hauntings in the building. Intrigued, and spurred on by the rumors she’d heard while working there, Rachel asked for more detail. In no uncertain terms, the caller stated that, during her visit, she’d encountered a ghost. 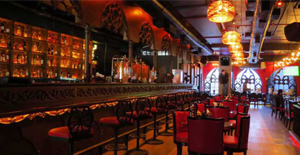 The caller explained that, on their way out, she and her friend stopped to use the restroom. As they entered the room, they stopped in their tracks. Before them stood two little girls in pioneer-era clothing, staring at each other and giggling. The little girls paid the women no mind, and the women proceeded towards the toilets. Suddenly, the giggling stopped. The women looked back to where the girls were standing, and nobody was there.

The caller said that she and her friend asked their husbands, who were waiting outside the washroom door, whether they’d seen anyone come out. They reported that they’d seen nobody coming or going since the two women went in.

Rachel and the caller discussed possible theories, and Rachel ended the call saying that she’d mention the children to her manager. Rachel’s manager didn’t entertain the caller’s tale, but Rachel remained too frightened to use the washroom the caller had spoken about.

Her mother’s story was that, about 10 years prior, she and a friend used the same restroom the caller had spoken about. The women entered the restroom to find themselves face-to-face with the a ghostly woman. And the woman asked whether they’d seen her two little girls. 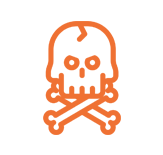 From all of us at 7shifts, we wish you a happy, safe, and spooktacular Halloween! 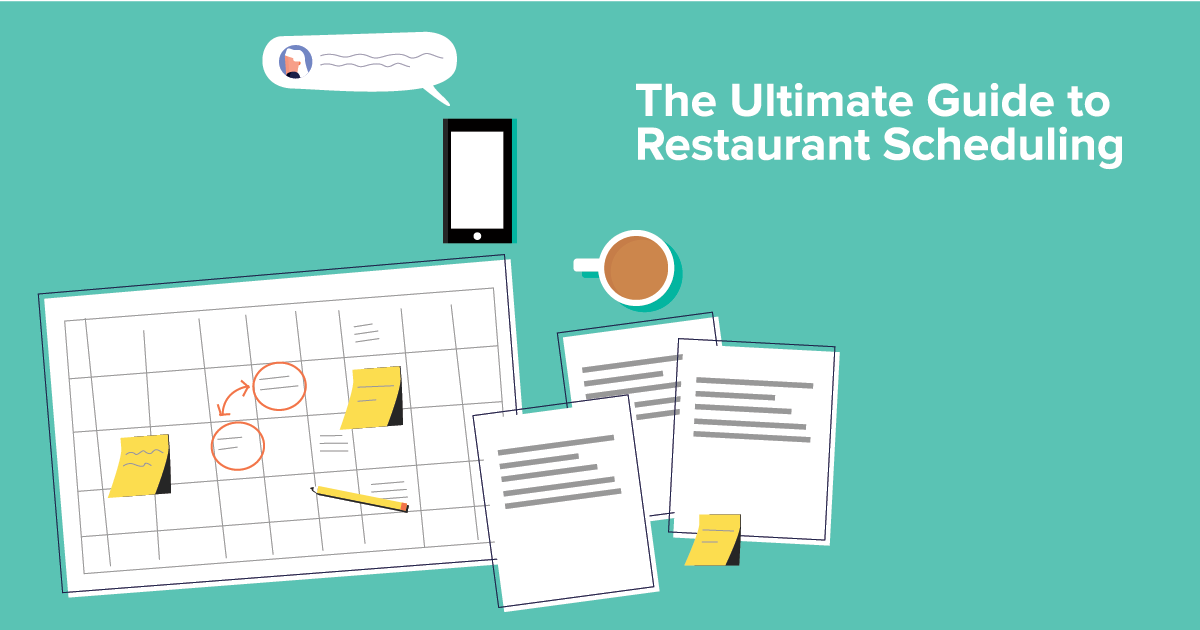 Are you tired of using pen and paper or traditional spreadsheets to create your restaurant schedule? If yes, you’ve found your way to the right place. 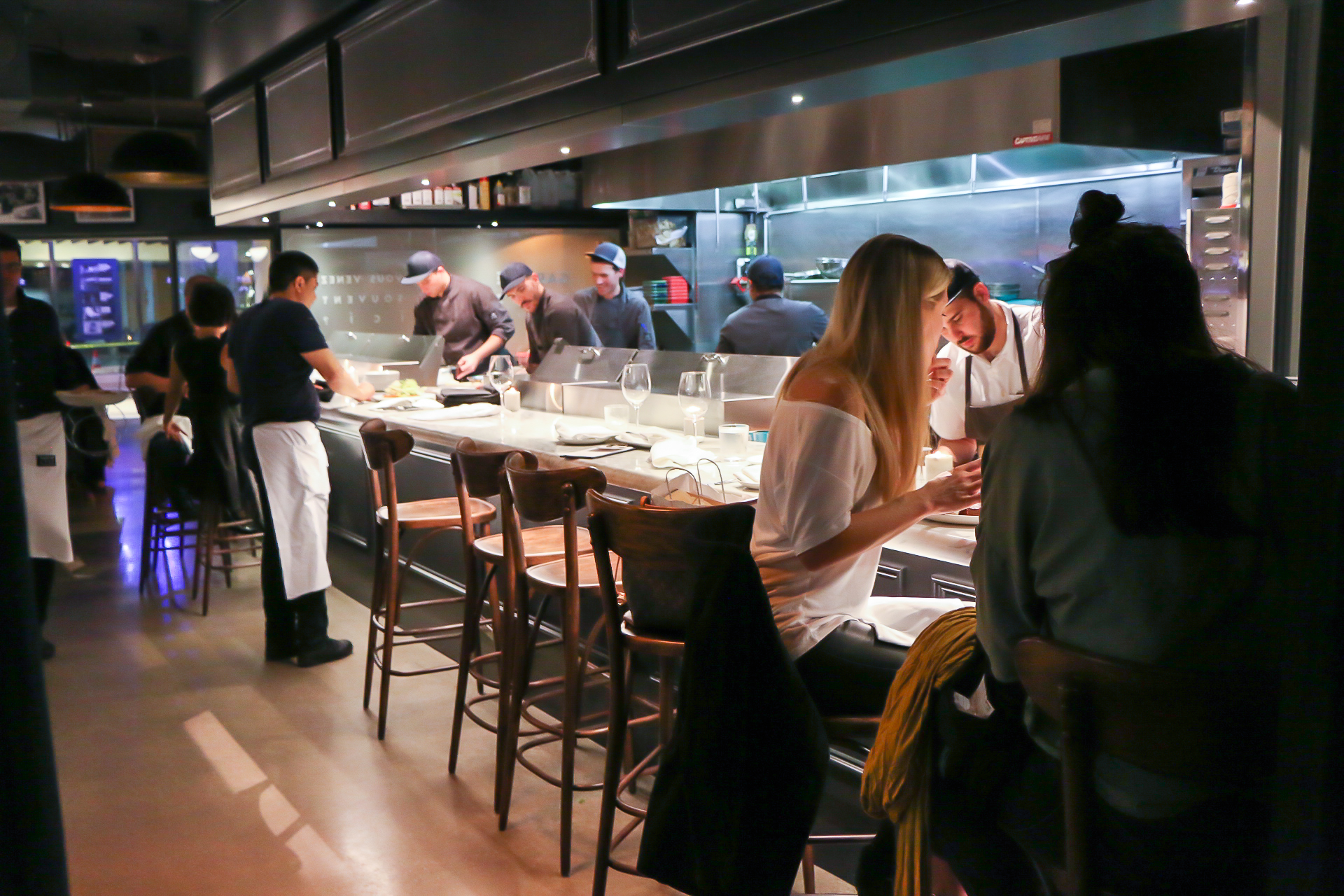 Nobody’s happy when turnover rates spike. A high turnover means money must be spent on sourcing and qualifying new staff members. The cost itself is one thing, but paying for something that