How Hyperion Public Stays Profitable and Labor Compliant with 7shifts

Hyperion Public started as the dream of two dads—John Speaks and Paddy Aubrey. As their children went off to the same preschool, Speaks and Aubrey looked for a place that they felt comfortable hanging out, watching the game, and having meetings for work—but there was nowhere in Silver Lake, Los Angeles that fit the bill.

So they decided to open their own restaurant hangout spot. One that reflected each of the owners and their idea of the perfect restaurant to relax, socialize, and eat.

The dining room is a reflection of Paddy—light, bright, and welcoming for families. The lounge area represents Speaks—a dark gastro-pub for friends.

Hyperion GM, Teddy Goldstein, has worked at Hyperion since 2013, starting as a pantry cook in the kitchen. Before joining Hyperion, Teddy owned his own business, and had never worked in the restaurant industry. However, he decided to follow his restaurateur dreams, and worked his way up from there.

I decided to follow my dreams of being a restaurateur. I sold my share [in the existing business] to my partner and asked John Speaks if I could start working at his restaurant. I started as a pantry cook for $11 an hour in the kitchen. It was about a 95% pay cut. I worked my way up. After about six months, I realized the kitchen was not for me. I had never worked in a restaurant before, so I thought I wanted to cook and that that was the glamorous part of the restaurant business and it certainly is not. It's the hardest work I ever did in my entire life. The first day I went home and threw up and cried and was like 'I made the biggest mistake of my life'. One of my friends was like, 'You have to stick it out for at least six months.' So I did. Then I moved to the front of the house, went to bartending school, trained as a server, and bussed for a couple of weeks. Then I became a floor manager and moved my way up through the ranks there. And now I'm the General Manager.

When Teddy joined the management team of Hyperion Public, it was clear that they needed a major technology overhaul. Slow, manual processes were taking up a large chunk of time and slowing down the efficiency of the business.

Little technology was being used in the management of Hyperion at all—things were being done the way "the always had been," with printed tickets and schedules, emailed time-off requests printed and stuck on the wall—inefficiencies and paper abound.

The biggest thing that struck me was how little technology was being used. Things were just being done the same way they'd always been done for what feels like a thousand years. We had printed tickets in the kitchen and the schedule. They were using the ‘high technology’ of Microsoft Excel spreadsheets. The GM at the time was getting time off requests via email and printing them out. Inventory was all being done on paper. I couldn't believe how there was no technology being used in the restaurant.

In such a fast-paced industry, technology is crucial to help reduce administrative work and allow management to focus on their clients and staff. At Hyperion, schedules were being crafted in Excel and all communication was done through email to the GM. The processes in place were simply too slow for a profitable, modern, and popular restaurant.

When Teddy became a manager, he was introduced to Hyperion's scheduling process. The GM at the time would go home at the end of the night with a pile of papers and send out the schedule at 2 in the morning.

I was like, ‘There's got to be technology that does this. This seems insane.’ So that's when we started looking around and found 7shifts. That was the very first piece of technology we put in place at the restaurant.

With 7shifts, Teddy was able to cut the scheduling process from over 4 hours to just 30 minutes a week—saving the business hundreds of dollars a month and countless headaches, just in terms of admin time.

With their Toast  POS integration, sales and labor data is pulled directly into 7shifts so Teddy can schedule the people they need based on their projected sales. With the weekly labor budget tool visible on their scheduling page, Teddy and other managers are able to monitor their labor cost while they schedule real-time in order to make the best staffing decisions.

Our labor costs have definitely gone down since using 7shifts. That's the best part—it gives you so much visibility into your labor. For the labor percentage, it's night and day. We definitely shaved at least two and a half percent from labor when we went from spreadsheet to 7shifts.

Looking at the hours scheduled (light orange) versus sales (dark orange), having the labor budget tool built into the scheduling process, Hyperion public was able to schedule the right amount of staff to always hit their labor targets.

By ensuring all Events were added into 7shifts, from birthday parties to sporting events, management could more accurately schedule based on the expected foot traffic that day.

Teddy insures that all the big sports games are input on 7shifts as events. That way, every employees sees what game they're working when they come in, what channel it's on, and what to expect in terms of foot traffic. Teddy even mentions that they have a local soccer club that comes to watch games, and they're all at different times on different channels. However, with 7shifts' Events feature, the Hyperion Public team can stay on top of it and properly serve their sports-happy diners.

With sports games built into the schedule, Hyperion Public was planning for 2-3 events per day. Scheduling more staff was a must for heavy event days, as sales and guests also grew—maximizing the profitability of event days and avoiding any understaffing.

Hyperion Public has many new, strict labor laws to comply with as an LA-based restaurant. Labor laws in California are complex, with strict rest and meal break policies state-wide, and Fair Workweek ordinances being implemented in several Californian cities.

Everyone is dealing with compliance. I’m always so surprised to hear that people don't follow these rules to the tee. A lot of people still don't break [according to California break laws] and don't follow [the rule that employees] can't work more than six consecutive days in a pay period...because they don’t have 7shifts constantly reminding them about the rules. Hyperion public doesn’t deal with [compliance] at all because I don’t allow it to be a thing. If I have to pay out break penalties on payroll, it’s a lot.

Teddy is right—compliance fees are going to rack up into the millions for Californian restaurants in 2020. Having a modern scheduling system like 7shifts that effectively alerts and blocks you from breaking predictive scheduling laws gives a new peace of mind where compliance isn’t even an issue.

My advice to restaurants? Be ahead of compliance. It's never going to be worth the cost of getting caught and it's easy enough to schedule around it with 7shifts. Especially with all of the alerts. It seems more difficult to not follow the rules when you have 7shifts telling you.

7shifts is the glue holding everything together. It’s the center of the restaurant. Anything anyone needs to do needs to be in 7shifts. If anyone forgets to do anything, or I forgot to put it in 7shifts, that means it wasn't real.

Get your 14-day free trial and start simplifying life in your restaurant with 7shifts.

Hey! I'm Dew, the former Brand Strategist. I cultivated 7shifts' social and content garden, and I looked for ways to grow our network of restaurateurs, local talent, and tech companies. 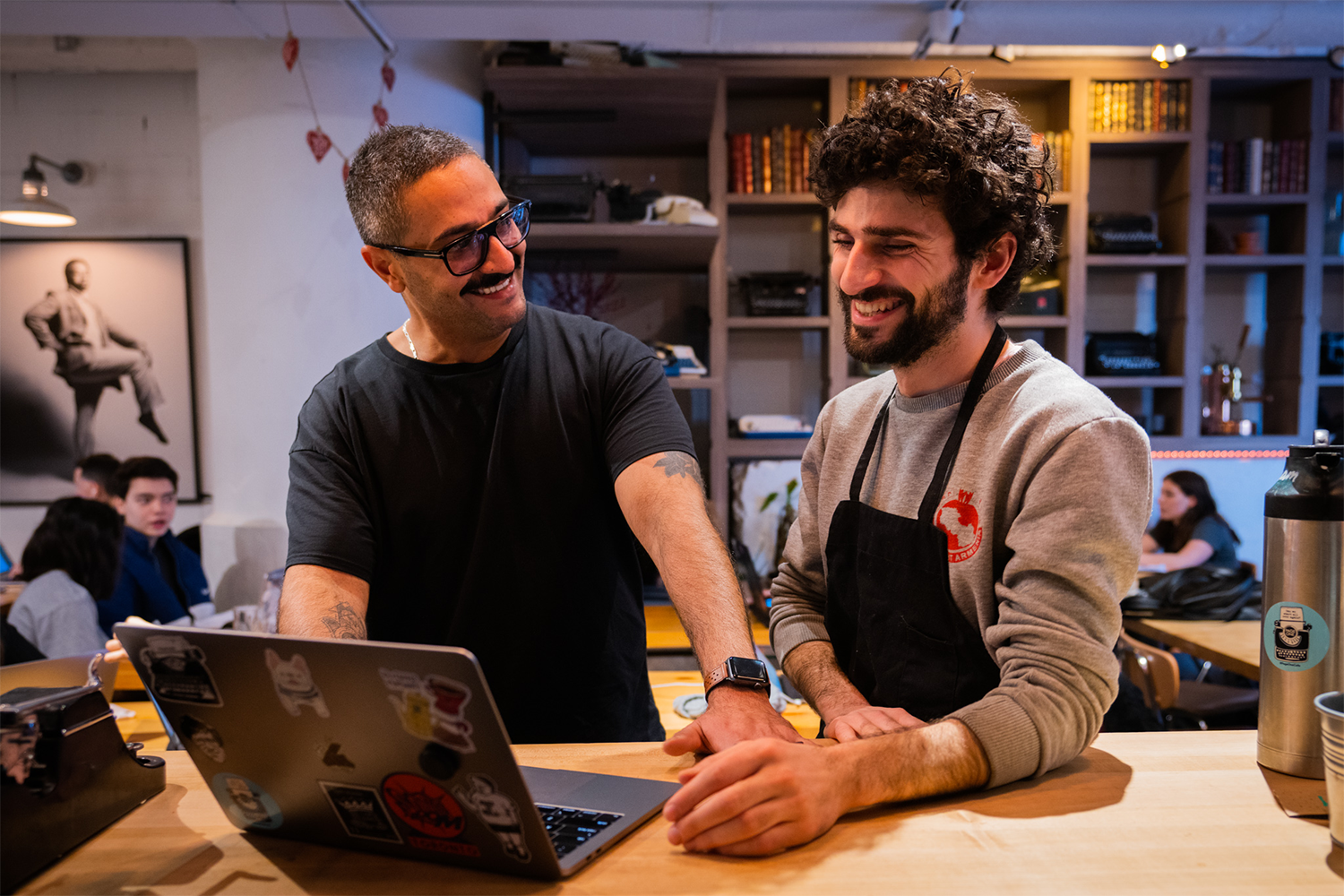 Learn why it's important to keep an open line of communication with your staff and how sharing and collecting shift feedback is a win-win situation for employees and restaurant managers. 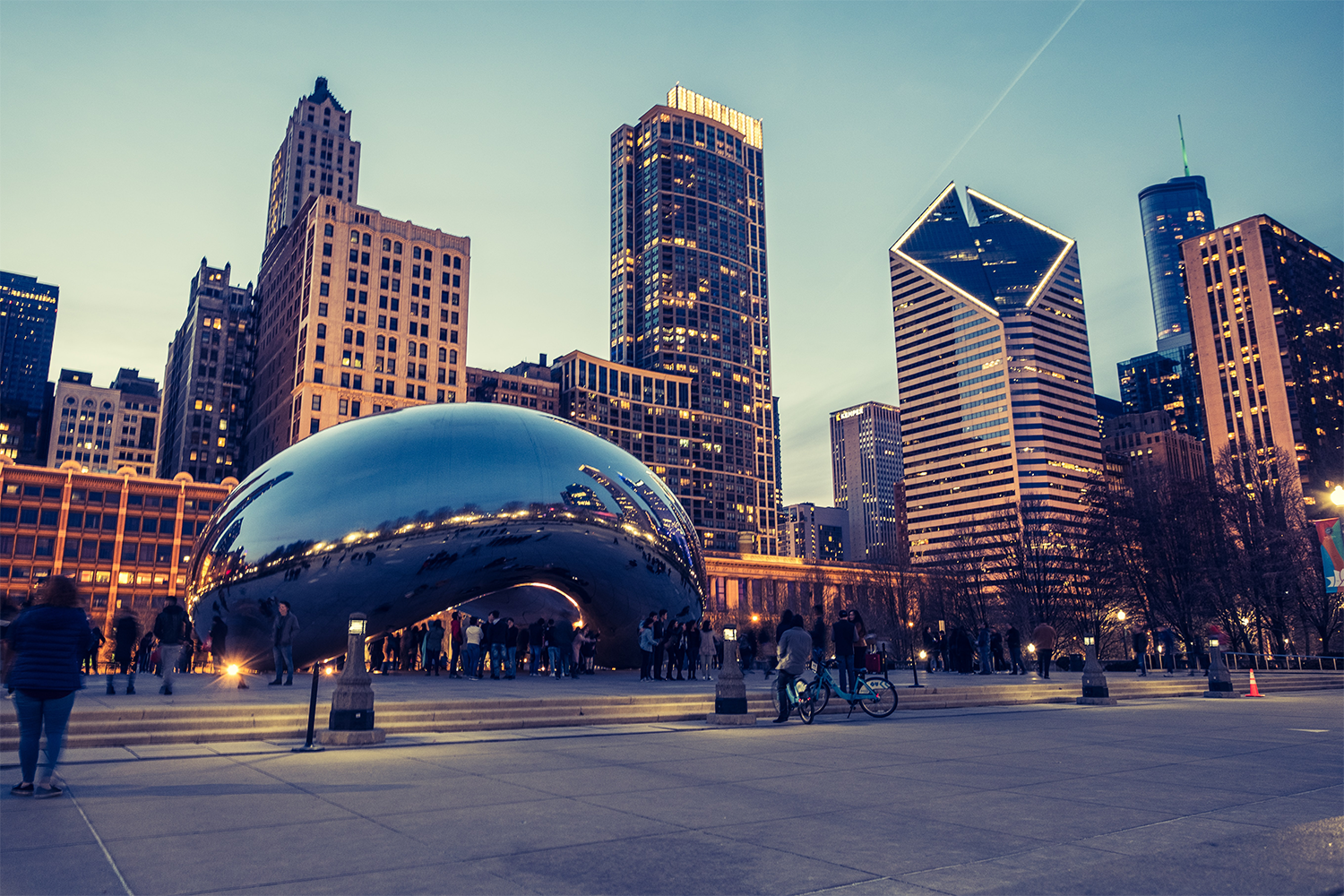 Chicago’s new Fair Workweek Ordinance is right around the corner. Let's take a look at how some tips and how it will impact restaurants.