The Chopped Leaf is a fast casual chain rapidly expanding in Canada and the U.S. with over 50 current locations and more in the works. Emphasizing quick, healthy eats, they offer a variety of salads, sandwiches, wraps, rice bowls, and more. Today’s customers want nutritious food on the go, and The Chopped Leaf is ready to satisfy every craving.

Sheila MacDonald and her husband, Darren, are franchise partners of two locations in beautiful British Columbia, Canada. Their first location opened in January 2017, in Panorama Village in Surrey, and the second opened October 2017 in Fremont Village in Port Coquitlam.

Sheila and Darren first investigated franchising with The Chopped Leaf about two and a half years ago. Their daughter worked at a location they visited a few times and they loved the food with a lighter, fast option. As an active family, they try to get out as often as possible and live a healthy lifestyle. Sheila says, “We saw the growth potential for the brand. We were at a point in our lives financially where we could take the leap of faith and decided if we didn’t do it, we may miss something.”

Sheila had never worked in the foodservice industry prior to this venture—she spent nearly 30 years in the industrial metal supply business. Darren is an automotive technician, so together they were trying something completely new. Sheila admits scheduling was one of the most challenging operational aspects when she started out, because she didn’t know where to begin.

When the first location opened, Sheila was scheduling manually. “Funneling the requests, availability, and keeping it all straight was tough,” recalls Sheila. She asked other franchisees for advice and one of them mentioned they were using When I Work. She switched to the software and said it streamlined things a little bit, but it wasn’t perfect. 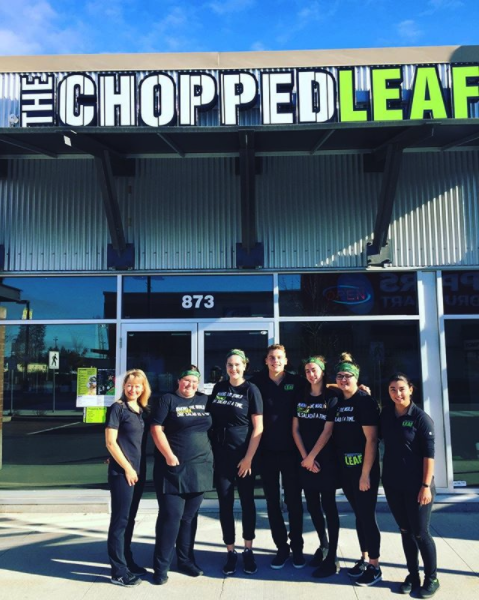 How The Chopped Leaf Makes Their Schedules

7shifts came up when The Chopped Leaf head office was searching for a scheduling software solution for their franchisees. They asked Sheila if she wanted to try 7shifts at her stores as a test run. “I was excited to give it a try since my staff were finding When I Work very glitchy,” says Sheila. Now that 7shifts is set up and implemented for her locations, Sheila likes it and enjoys being able to see much more information. She especially likes that everything associated with scheduling is in one place.

I can say 7shifts has been a lot more intuitive, the staff like it better, and it’s far more user friendly than When I Work.

Before 7shifts, at least 5–6 hours went into building the schedule for the coming week. Sheila continued to check the schedule every day to avoid mistakes and ensure the right amount of coverage. She communicated with her employees through texts, email, and even tried a WhatsApp group—it didn’t go over well. She admits her staff don’t really use email anymore, which left her bombarded with questions and requests.

With 7shifts, I spend 2 hours at the most, 1 day a week. Then I just tweak back and forth on the mobile app. It’s cut the scheduling in half, at least.

Compared to other fast casual restaurants, Sheila says The Chopped Leaf is fairly labor intensive. To ensure the product gets built within the time frame they strive for, they have at least 4 employees working at all times. Lunch rush could mean between 6–8 people at a time. “You may be able to operate other chains with 2–3 people,” says Sheila, “and we can do it, it’s just not right in my opinion.”

Recommended: How Shift Scheduling Software Helps Restaurants Save $2000 Per Month

The Chopped Leaf franchisees use a labor program through their POS system, and scheduling on 7shifts makes forecasting easy for Sheila. She uses the labor tracker and can easily see week over week if she’s on track. She’s a fan of the daily bar graph feature, where she can view the staff on per shift, as well as view shift times. “I can gauge if I’m at a certain number of hours per week and I know if I have full coverage or not. It’s so easy to change something if I need to.”

When asked how 7shifts has changed the way the business runs, Sheila reports that “it takes the scheduling aspect away from the forefront of my attention. It makes it easier for the staff to know when they’re working.” It’s lessened questions from staff and diminishes the importance of the schedule on a day-to-day basis. Staff know the schedule is there, and they can easily check it any time they want on their phones.

The biggest benefit of 7shifts is the transparency of it and being able to see everything in one spot.

In the near future, Sheila has plans to have a manager who works at both locations to lighten some of her workload. Although there’s quite a distance between her two stores, having 7shifts will allow her manager to view both locations in the same account. Sheila and Darren plan on continuing with the two franchise locations and may potentially add a third one. “We’d like to take a step back from the business once these are up and running, and we’re making some money so my husband doesn’t have to work anymore. Work-life balance is important,” says Sheila.

The scheduling advice I’d give is to get on board with 7shifts right away. Scheduling is such a challenge, get on the app. Do yourself a favor and take that load off, because it’s difficult. 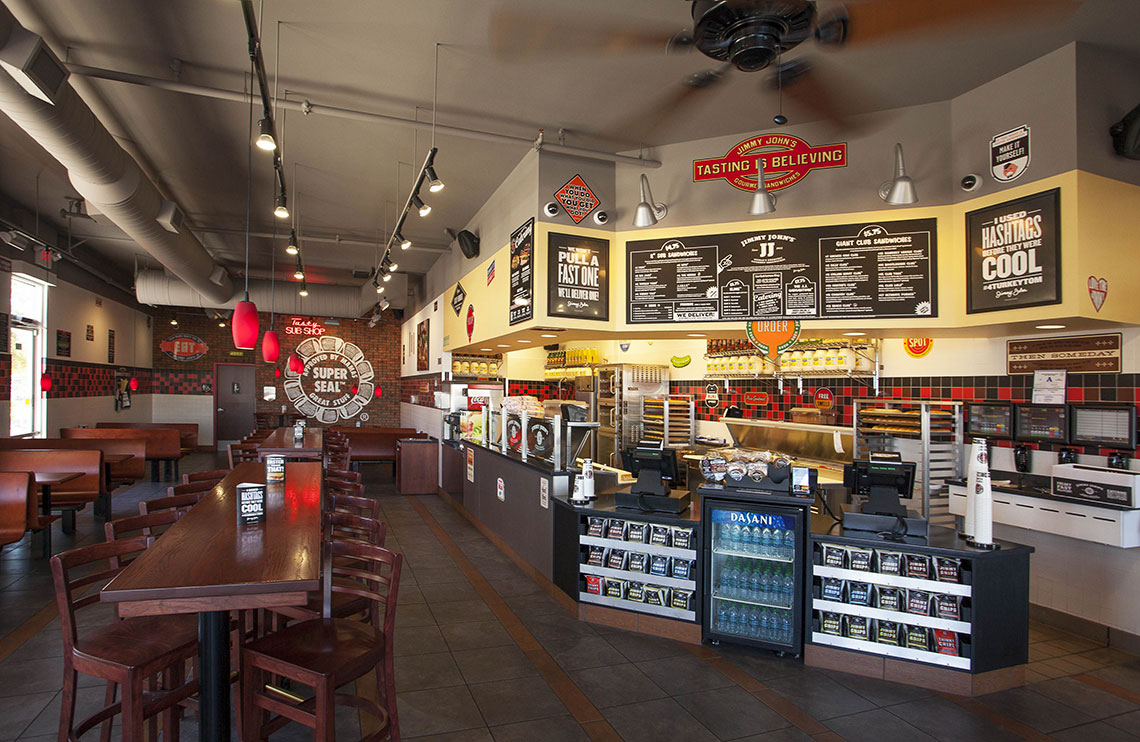 Jimmy John’s culture is laser-focused on quality—high quality. It’s actually more than a culture, it’s a way of life that influences everything they do, from the delicious food to 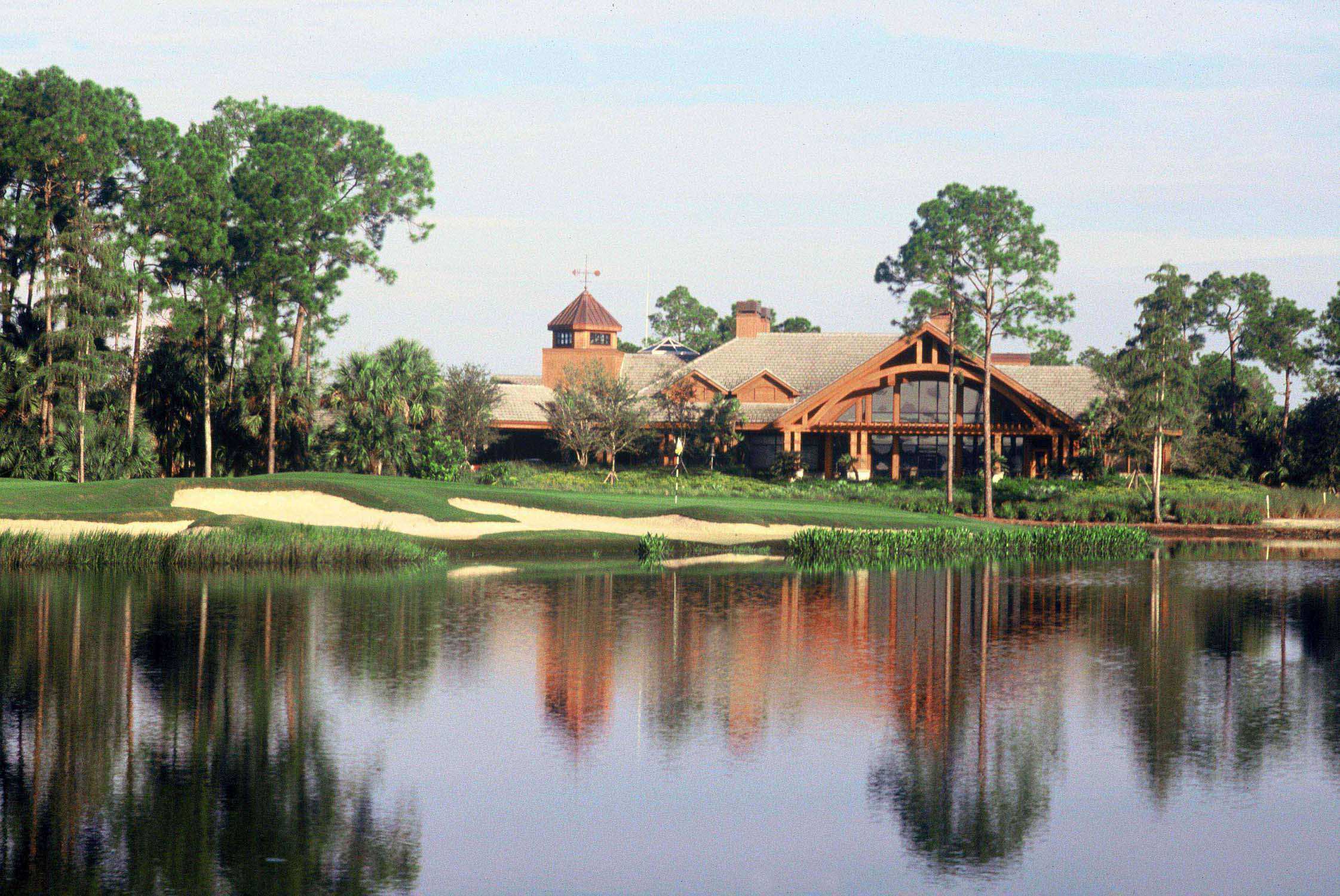 In 2017, Hurricane Irma roared through Florida just as September began. With the force Irma brought, it was the most intense Atlantic hurricane to strike the United States since Katrina in 2005, and