The Six Most Common Franchise Problems (And How to Solve Them) 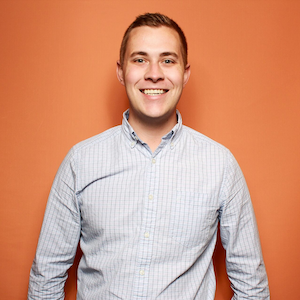 Nearly 200,000 quick-serve restaurant establishments in the United States are not owned by the company whose name is on the building. Instead, these locations are franchised, meaning a company (the franchisor) allows an individual or group of partners (the franchisee or franchisees) to run a location of that restaurant under a certain operating agreement.

At a glance, opening and operating a restaurant franchise seems like a near-perfect business decision. The brand of the restaurant is well-established, and much of the marketing is done by a dedicated team in the corporate office. As a franchisee, you might think all you have to do is keep store sales strong and you’ll be raking in profits instantly.

Sadly, that’s not the entire story, and there are a few franchise-specific barriers to success that operators have to handle.

While franchises do benefit from instant brand recognition upon opening, there are a few common franchise problems you should consider before you front the investment and call yourself a restaurateur. In this article, we’ll be highlighting six of the most pressing ones, as well as providing steps on how to face or resolve them.

Aspiring franchisees must be prepared to front a hefty sum of money to get the business off the ground. Between up-front licensing fees and opening costs, the amount can easily break into the six or even seven-figure range.

Here are the expected up-front investments for getting a franchise off the ground for some popular restaurants, according to Franchise.com:

Some franchisors even require aspiring franchisees to have hundreds of thousands of dollars of cash on hand, which runs the bill up even more.

In addition to these one-time opening investments, franchisees regularly pay fees based on sales and operating costs. For example, McDonald’s charges a service fee of 4% of all monthly sales, while Subway charges 12.5% of weekly gross sales for franchise royalties and advertising.

Unfortunately, there’s no real way to avoid royalties and fees, as they’re typically required to reach a deal with the franchisor. However, you can work to mitigate your opening costs by shopping contractors and renovators in your area to see who can give you the best price, which could bring down your restaurant opening costs. You could also explore buying an existing franchise rather than opening your own, which brings renovation and remodelling costs way down.

One silver lining is that these consistent franchise fees should be thought of as benefits. Corporate typically does all of the marketing and menu engineering, comes up with training processes, and works out deals with suppliers for better food prices. Simply shifting your mindset from “I always have to pay 5%” to “I send a payment to the corporate office and now I don’t have to hire a marketing team” can make this problem more manageable.

In late 2015, more than 40 people fell ill with E. coli after eating at Chipotle.

Despite the fact that Chipotle had nearly 2,000 locations at this time, a vast minority of those locations were directly traceable to an illness. But for nearly all of Chipotle’s locations, their brand was damaged and sales were severely impacted—even the locations that faced no such health or cleanliness issue.

Granted, Chipotle’s locations are almost all company-owned, but this lesson can still apply to franchises. Think of the McDonald’s hot coffee lawsuit and the Jack in the Box E. coli outbreak in the nineties. Multi-location restaurants are under a close eye in the media because of their presence nationwide, which means a slip up by one individual at one restaurant, big or small, could impact the perception and performance of hundreds or even thousands of other locations.

The first step to avoiding this issue is to hold yourself to the highest possible standards of service. That way, if an issue arises at a different location that you’re not directly affiliated with, your loyal patrons could see past it.

If a larger issue does arise out of the situation in question (see Chipotle’s half-day closing for food safety training or Starbucks’ mandatory bias training), the best move is to stay in touch with your franchisor to see what is expected of you in these times.

Independent restaurateurs get to define their restaurant’s theme, alter the menu whenever they want to try something new, and work to establish an incredibly unique position in their community.

This is not the case for franchise operators.

It’s common for franchises to have promotions, new menu items, and rebranding efforts mandated, regardless of input from the franchisor. So, if you’re starting a franchise with the intention of being your own boss and trying to make a name for yourself, franchising may not be the solution you’re hoping for.

This is another common franchise problem that doesn’t necessarily have a clear solution other than altering your own outlook.

Being told to implement a new menu item or honor a limited-time special may not be what you want, but remember that your franchisor wants to earn money as much as you do. If a change is being made company-wide, it has probably been researched, planned out, piloted, and found to increase revenue and/or profit after months of work to determine and implement a final version.

Operating your franchise in a major city like New York, San Francisco, or Chicago? If so, you’ll need to adhere to an extra set of rules known as fair workweek laws, affecting the state of Oregon and the cities of:

These laws apply to restaurants operating in the locations above that have anywhere from 20-56+ locations worldwide and/or employee 500+ people worldwide—criteria that franchise locations almost always meet.

Additionally, you’ll also benefit from the resources available to you within your larger restaurant group. For example, many franchisors require all of their locations use an employee scheduling software like 7shifts that helps them schedule with ease and avoid breaking fair workweek laws.

Overall, the restaurant industry has around a 75% employee turnover rate. However, franchises tend to see significantly higher turnover rates compared to the industry average, with fast food industry location turnover double that at 150%. For example, Panera’s turnover rate is reportedly nearing 100%, while Domino’s is recovering from a reported 107% turnover rate.

Among the reasons for such high turnover is the constant demand for employees at these restaurants (which allows dissatisfied employees to easily find work elsewhere) and the reliance on younger and less specialized labor pools, which typically have less incentive to stay at a franchise for years on end.

There is a two-pronged approach to managing turnover at your franchise: better hiring and better retention programs.

Working at a franchise seems like a good idea to aspiring restaurant workers due to brand recognition, but this can unfortunately attract some less-than-qualified candidates because of their perception of convenience. Make sure you’ve put the time in to find and hire the right people, such as sourcing candidates proactively and asking the right restaurant interview questions.

As for retention, there are plenty of benefits that trickle down from the corporate office. For example, McDonald’s offers employees various discounts through the McDperks program, and well-funded companies that franchise out may be able to offer competitive retirement savings and health care benefits.

One last common franchise problem is market saturation of the same restaurant. Believe it or not, Chick-fil-A makes more per location than McDonald’s, Starbucks, and Subway combined.

You could come up with a list of reasons as to why this is the case, but one of the more prominent ones is that Chick-fil-A operates one store for about every six McDonald’s or Starbucks, and about every 12 Subways. Because there are fewer stores, each Chick-fil-A becomes more unique, and by extension, draws more of a crowd to that specific location.

If you’re operating a franchise restaurant (more specifically, a franchise fast food restaurant), you can expect strong sales due to your brand recognition and convenience, but you should also be aware of your potential market share. This comes from knowing how close another restaurant with your same name and menu is.

If there is an excessive number of locations of your restaurant in your city or town, this can take away from its novelty and potentially dent your sales. After all, being one of two McDonald’s in town seems a lot more financially enticing than being one of seven McDonald’s in that exact same town, doesn’t it?

Before opening a franchise, conduct a feasibility study to see how you’ll stand out in the area you’re looking to open up shop in. Forcing yourself to sit down and consider your sales forecasts compared to costs–and what role other franchise locations could play in those predictions–can help you choose the best spot to maximize sales.

Although opening and operating a restaurant franchise comes with its own unique challenges, most of them can be solved with a mindset shift, a new process, or a phone call to your corporate office. Your franchisor is counting on you to keep sales strong so everyone can take home a paycheck, so don’t be afraid to reach out for support and a clear ask to ensure everyone ends up better off.

It can also be much easier to succeed when you use integrated tools like restaurant scheduling software and a POS. Understanding how you can solve problems within your own store like controlling labor costs and simplifying scheduling will let you gain a foothold on the daily challenges you'll face as a franchisee.

AJ Beltis is a freelance writer with almost a decade of experience in the restaurant industry. He currently works as a content specialist at HubSpot, and previously as a blogger at Toast. 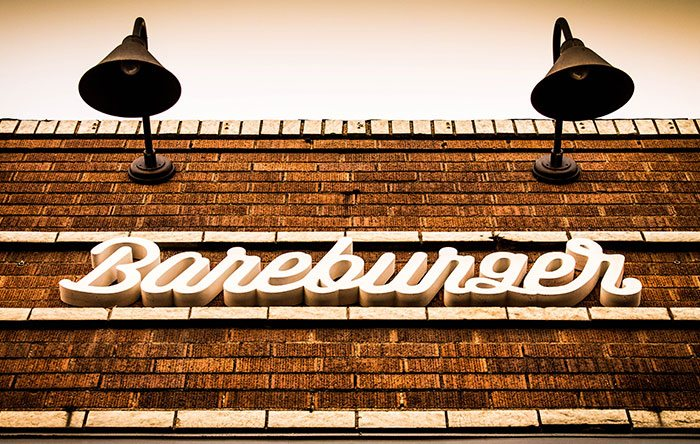 Is it time to expand your franchise? Here's a 10-step practical and systematic approach you can take to ensure success and profitability when expanding to new locations. 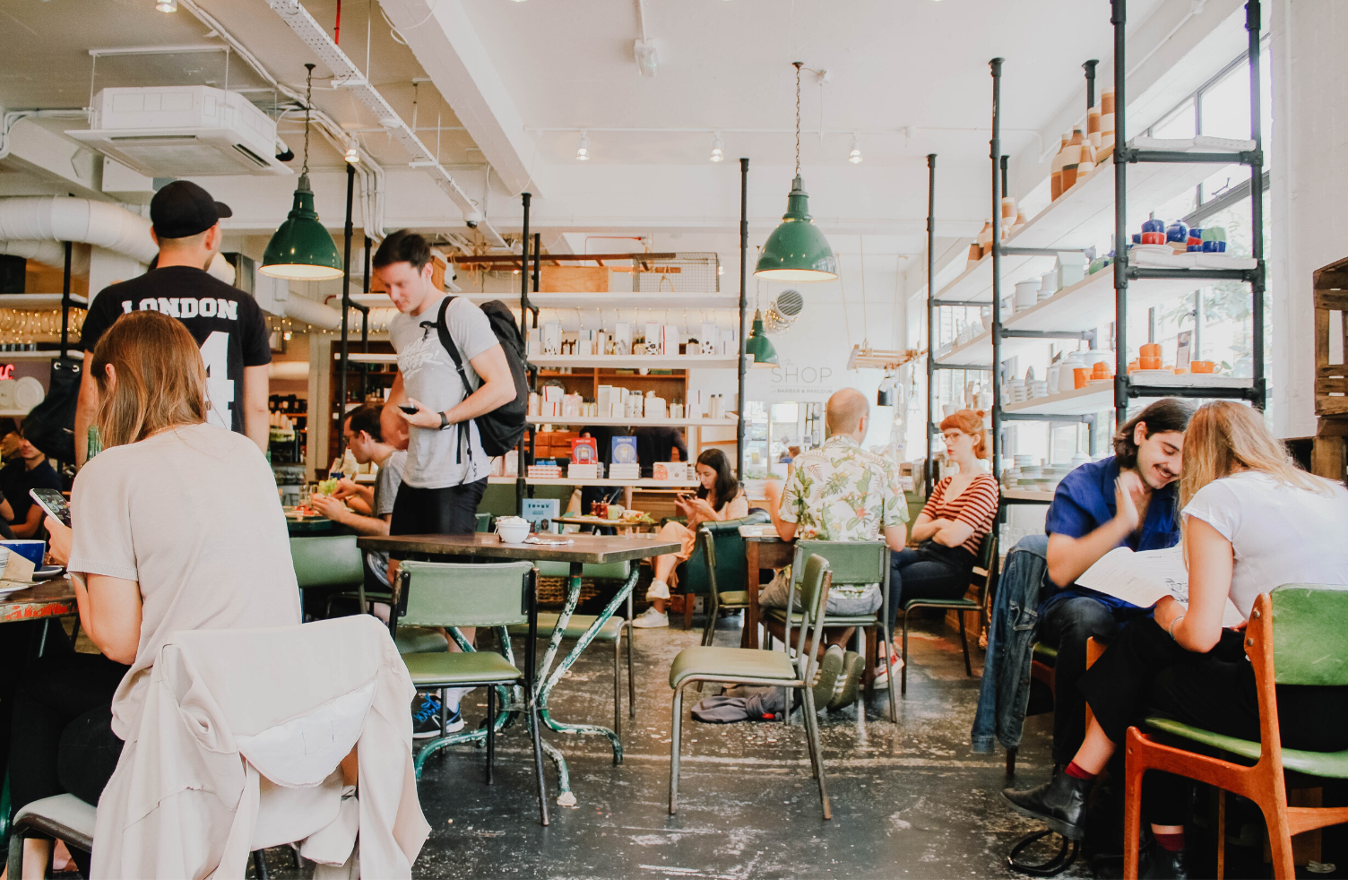 Restaurant owners and managers are paying more attention to their labor cost percentage. Find out how to manage it, especially when you are overseeing multiple locations.