The History of Tipping in Restaurants: The Complicated Past, Present, and Future 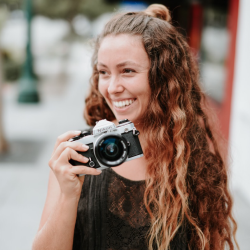 It's a reality that only exists in North America—the United States and Canada. In most other parts of the world, tips are not expected—and in some cases, it's considered rude to tip.

Most customers don't think twice about leaving a few dollars on the table or selecting a percentage on a tablet. And most people don't know the complex and controversial origins of tipping that precede them.

History of Tipping: How did gratuity become integral to our restaurant culture?

The practice of tipping is straightforward—money in exchange for work or a service. But its roots in America are where the story becomes complicated. (The word itself has been said to be an acronym for “To Insure Promptitude,” but that is merely a myth).

Tips were left in European taverns to ensure quick and good service. Wealthy Americans discovered it for themselves in the 1850s and 1860s while traveling in Europe. Tipping in Europe was born in the middle ages, a master-serf custom where servants would receive an extra gratuity for excellent performance. American travelers brought it back to the states as a way to feel aristocratic. But tipping did not take off immediately in the U.S. There was a high level of resistance to it, and tipping was deemed “un-American". Eating out was already expensive, so why would struggling Americans have to pay more on top of the bill? It also seemed to enforce classist tendencies, where the upper class left a small gratuity for those in the lower classes that worked in the service industry.

A January 1915 issue of The Seattle Star about Anne Morgan's anti-tipping efforts.

“Tipping, and the aristocratic idea it exemplifies, is what we left Europe to escape. It is a cancer in the breast of democracy," wrote William Scott in 1916.

Despite this resistance, tipping took root in the American South after the abolition of slavery and the American Civil War. Service and hospitality were often among the first jobs freed enslaved people took. Some employers in this industry did not offer an hourly wage, and lower-class employees relied on the mercy of patrons to leave a gratuity for pay. With recent abolition, racism contributed to whether or not a patron would even leave a tip, resulting in unpaid workers—continuing the legacy of slavery.

According to Nina Martyris, a journalist who has covered tipping in America, tipping began to spread by rail—through the newly established Pullman Company—a luxury railcar service. Its founder, George Pullman, hired newly liberated Southern black men as porters and servers. He paid them a paltry wage—between $12 and $27.50 a month—and the rest was to be made on tips. As Pullman cars made their way across the country, tipping became a norm.

Still, the public relented tipping, feeling like they had to pay for things twice. Near the turn of the century, seven, then 48 states passed laws to abolish tipping. But by 1926, governments repealed these laws because it became difficult to regulate something that had spread so rampantly.

Tips Through the Ages: How has gratuity changed over time?

In 1942, the Supreme Court ruled that if an employee gets a tip, that money is theirs to keep. Employers at the time could not make employers share with kitchen staff.

In 1966, Congress created the “tip credit,” which legally allows restaurants to pay restaurant workers a sub-minimum wage, accepting that tips will get them over the minimum wage threshold. They set the tip credit as a percentage of the minimum wage, ranging between 40 and 60 percent until 1996, when Congress froze the subminimum wage for tipped workers at $2.13 an hour ($4.03 in 2022 dollars).

Even since restaurants have gone back and forth between tipping and no-tipping. Alice Waters implemented a service charge at Chez Panisse as early as the 1980s. Thomas Keller nixed tipping at Per Se in 2005. And Danny Meyer created the Hospitality Included service model, increasing menu prices to offset higher wages. Union Square Hospitality Group later abandoned the system in 2020.

And there are still restaurants that opt for a service-included model. But perhaps more impactful have been recent law changes that allow tips to be pooled and distributed back to staff—the back-of-the-house included.

Modern Tipping Culture: How did we get to where we are today?

Despite all these changes, movements, and laws, tipping is still integral to the dining out experience. Ironically, Europe—from where America took its tipping customs—has generally let go of the tipping system.

If anything, tipping has become more prevalent. As we've shifted to digital point-of-sale systems, it's easier to tip than ever. Technology has helped increase the number and frequency of tips since returning to in-person dining. Rather than needing to calculate it themselves, would-be tippers can quickly select an option from tip screens—which has bred a recent series of internet memes.

Tippy finds out there's no such thing as a free rescue. Read more Adventures of Tippy comics.

In 2018, the U.S. Department of Labor updated tip pooling laws to include back-of-house staff in tip pooling. With this change, wait staff generally take home the majority of tips, but cooks and dishwashers can be included in the tip out.

In the past, tips were not common at a drive-thru or pick-up counter; digital ordering technology has prompted tipping in these situations. This is a positive for employees but a sore point for customers who have already felt frustrated.

The Future of Restaurant Tipping

Customers face tip exhaustion, servers and bartenders struggle to navigate as tipped workers in a post-pandemic society, and restaurateurs must decide how they tip out their employees or if they even accept tips.

In the current economy and post-pandemic landscape, frustration and dissatisfaction are present among all involved parties. So what does the future of tipping look like?

The simple answer is there is no single path forward. The future of tipping lies at the intersection of technology, government policy, and public opinion. The reality is, making $2.13 is not a living wage. And studies show that restaurants do not always follow tip credit laws and pay employees the amount needed to earn federal minimum wage if tips are not high enough.

Rather than leaving it up to individual restaurants or states to ensure equitable pay, experts have communicated that federal laws are a fair and efficient way to ensure that service workers are paid fairly.

And changes are on the horizon. New York state is trying to ban the sub-minimum wage, as is the city of Portland, Maine. In Michigan, the tipped minimum wage is set to expire. The District of Columbia is looking to ban it by 2027.

The tipping debate, however, rages on. Customers denounce “tipping screens” on social media, saying that it's too much. Restaurants, like those of Eastern Point Collective, are banning tips in favor of service charges, paying employees a better wage in the process. And as diners feel the impact of record inflation, the generous pandemic-era tipping is coming to a halt, with tips on take-out orders feeling the sharpest decline.

The Pros and Cons of Tipping

Tipping has been controversial since its inception and remains a constant tug-of-war between both sides of the argument.

For front-of-house staff, tipping provides an incentive to provide excellent service and then be rewarded for this hard work.

Hourly wage doesn't always reflect performance, but tips can account for this. If a server or bartender makes federal or state minimum wage, then tips offer the opportunity to make 2-5 times this hourly wage. Tipping has been the norm for so long that efforts to eliminate it leave some workers taking significant pay cuts. It's a reason why restaurants that eliminate tipping bring it back.

However, even if a tipped worker provides excellent service, studies have shown that certain biases can affect tipping, especially against women and women of color. Tipping creates a dining system where people of color, elders, women, and those of foreign descent get worse service. White servers routinely make more than their nonwhite counterparts. OneFairWage shared that 50 percent of all women and 58 percent of women of color reported insufficient tips to meet the full minimum wage. Harassment has always been present in the restaurant industry. This became amplified during the pandemic as reports surfaced about women being asked to take off their masks to receive better tips.

Tipping has a complicated past, present, and future. It's impossible to deny tipping's racist history and classist roots. And it is clear from those involved in the industry and frustrated customers that there does need to be a massive shift. And right now, it seems like there's more change than ever.

Have we reached a tipping point?

Ashlen is a freelance food writer and founder of Future Foodie. An online publication geared towards the future of food, dining and more. She has contributed to top publications such as The Spoon. 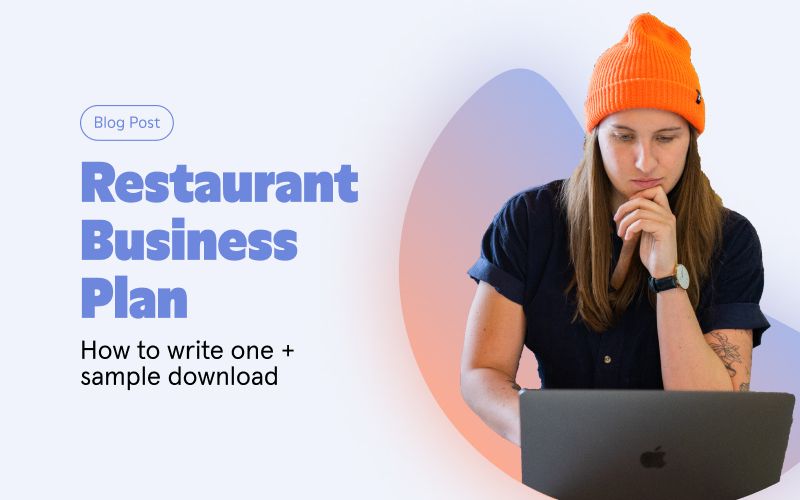 Use this sample restaurant business plan outline to help create the most important document needed to open your new restaurant. 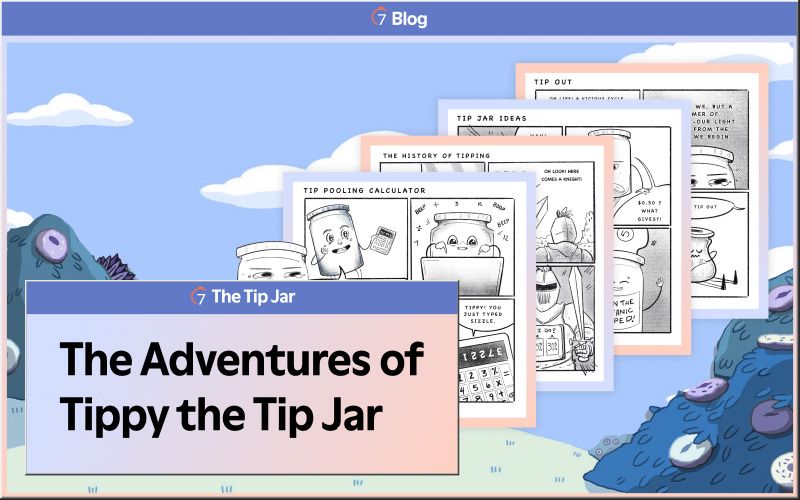 The little scamp that’s full of change! Follow the comic adventures of Tippy the sentient tip jar as they get into mischief and misadventures all to do with tipping!