Kaldi's Coffee was founded nearly 27 years ago in St. Louis and has been providing great coffee from all over the world to the masses ever since. And in those years, they've grown considerably, adding 12 locations across St. Louis and even into Atlanta, Georgia. Kaldi's has been with 7shifts since our founding year in 2014, one of our earliest adopters of the restaurant scheduling tools.

We chatted with two of Kaldi's team members—Keith Kildron and Jillian Methvin—to get a picture of how the team uses 7shifts in their day-to-day operations, as well as how 7shifts has evolved as the business grew. Keith is Kaldi's VP of Operations, and Jillian oversees 8 locations as a regional manager. Kaldi's partnered with 7shifts over other scheduling platforms for its ease of use: “It was just so much easier and I could teach anybody in 30 minutes how to use it, and they could use it,” says Kildron. Five years later, Kaldi's is using the 7shifts team management platform to help run their business across more than a dozen locations. Here's how:

The Power of Tracking Sales Per Labor Hour

“[Tracking] sales per labor hour, I love that that [feature] was added because that's how we've been managing our labor lately,” says Kildron. “We look at the trends, see how [stores] are doing, depending on the number of sales. And then when we project our sales for the next week anda project the sales per labor hours as well.”

It then goes into the hands of regional multi-unit managers to track it and make adjustments. For example, “if a store falls below the benchmark of $45, then we start to look at that and go, 'Okay, what's going on?'”

One of Kaldi's regional managers, Jillian Methvin, uses the sales per labor hour calculations in the 7shifts mobile app to know where to focus her attention. “At a quick glance, I can easily see what days I need to go back and check on,” says Methvin.

“The projection tool down at the bottom of the schedules is very, very convenient, and it's just gotten better and better over the years,” says Kildron. The team uses their historical data to help make accurate projections within 7shifts.

Across Kaldi's, they've been able to keep an average labor cost percentage between 20-26%, which is around the industry average. Even when some locations shut down in early 2020, the numbers have stayed consistent. Kaldi's has also been able to keep sales per labor hour in the $43-55 range, with no drop off throughout the pandemic. By tracking sales per labor hour and utilizing projections vs actuals, the team at Kaldi's has been able to reduce their labor cost by about 4%.

“It was just so much easier and I could teach anybody in 30 minutes how to use it, and they could use it.”

7shifts also helps Kaldi's categorize hourly team members vs those who are still training. “We can very easily look at how much labor is being spent on training, that we love,” says Methvin. By using roles and departments, the platform makes it easy to segment out regular hourly team members, trainees, or hours for staff meetings.

“Before, we couldn't break it out. So we just had 20 hours of an all-team meeting so labor looks falsely inflated. This gives me a way to see what's happening and see the real numbers,” says Methvin.

Want to schedule smarter and communicate clearer like Kaldi's Coffee?

The Key to Communication

“We make all kinds of [all-team] announcements and it's so nice to be able to get to everybody in the company,” says Kildron. Announcements in the Team Communication App may let the team know when there's a new coffee release, if there are any pricing menu changes and more.

The team at Kaldi's is on track to send more than 300 announcements this year, about one each and every day. All announcements in 7shifts have read receipts and are sent to every member of the team via the 7shifts mobile app and over email.

“We also make announcements like when our roasting facility needs some help or they're doing a special event on a weekend or something and they want some help, we'll send that out so the cafes can talk to them.

As Kaldi's grew, they knew they needed to add a part-time graphic designer to their team to design, they put it out there via 7shifts announcements. “Some people from the café; applied and we hired one of them. They already know the culture and it's easier that way to fit in, I think,” says Kildron.

Announcements were also an essential communication tool for the Kaldi's team early on in 2020, when the pandemic forced most of Kaldi's cafes to shut down.

“We would have monthly calls with the owners, and they would speak to the entire company, and we would announce that through 7shifts. And then we'd give them a Google Meet link so that they could click on it to watch and see what was going on,” says Kildron

They've also been able to use the same system to blast out a Meet link when they had the opportunity to virtually meet some of their Rwandan coffee suppliers.

“We had people from Rwanda that we were buying coffee from, and we sponsored a woman's University in Rwanda. When we sell Rwandan coffee, we give a dollar back off of every bag. So we help support that,” says Kildron.

Another communication tool that Kaldi's loves is 7shifts Shift Pool. When an employee is unable to work a scheduled shift, they can offer it up to the pool for other team members to pick up. “People are swapping shifts a lot, and the availability function is great. It's easy to use. The shift pool, when they throw a shift out there and somebody else can pick up is really good,” says Kildron.

That shift pool comes into play often at their Atlanta, Georgia cafe on the Emory University campus. Most of their employees are also students, so picking up shifts in-between or after class is a breeze.

7shifts helps level up Kaldi's manager communication, too. They utilize the 7shifts manager logbook software twice a day, every single day for each location—nearly 10,000 entries a year.

The AM manager and PM manager each fill out an entry with information like drawer counts, no-call no-shows, late arrivals, and more. 7shifts automatically generates a recap of each post to be sent to the leadership team and regional managers like Methvin.

“We have a training journal as well, so we put that in there,” says Kildron. They have fun with it. The cafes like to have fun. It's fun to read because they get animated with it. They'll start talking about knights. They'll be saying, "Sir John got certified as a barista today," It's fun,” says Kildron. This is just a part of how Kaldi's builds a strong company culture that spurs growth.

The team will also use the logbook as a staff journal, to keep updated on a team member's coaching and progress. In the unfortunate case of termination or suspension, Methvin mentions that the search feature comes in handy to compile records relating to that team member. This can work in a more positive way, when it comes to promotions, praise, and raises.

Kaldi's Coffee has grown substantially since opening it's doors in 1994, and their growth shows no sign of slowing down. Kaldi's continues to grow into 2021, and is in the process of opening a new location with a drive-thru window—the first of its kind for the company. Through it all, Kaldi's has relied on 7shifts team management platform to help schedule more efficiently, communicate clearly across hundreds of employees, and even find growth opportunities for their team. 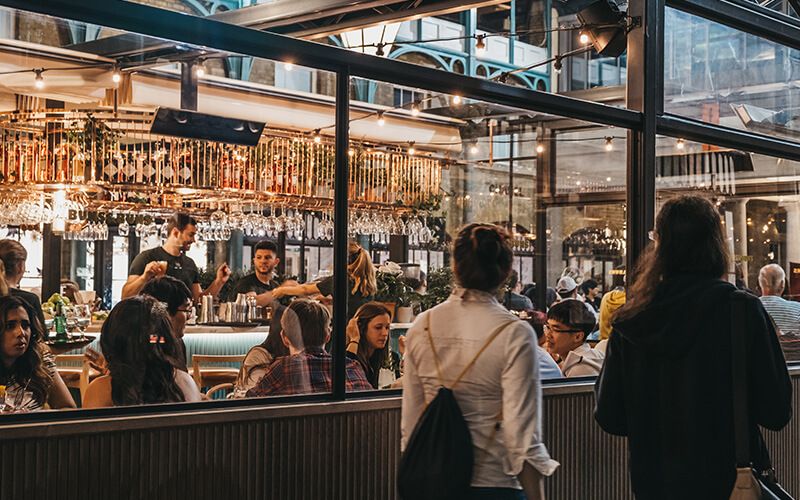 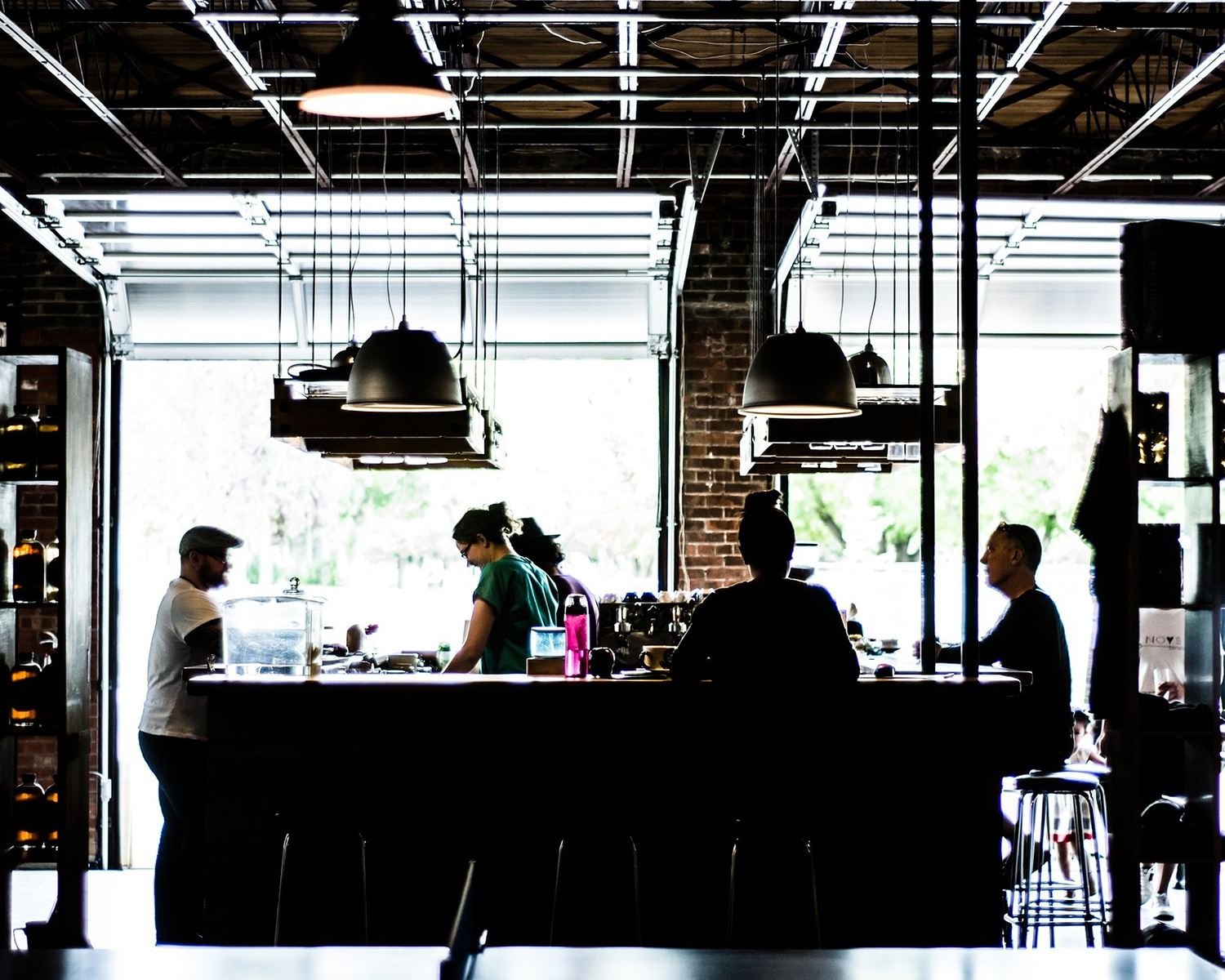 Learn how to have effective team communication with your employees and coworkers. We cover what communication is, tips for improvement and specifics for the restaurant industry.