Andolini's is a unique restaurant group, comprised of 9 locations spanning multiple concepts, all in the city of Tulsa, Oklahoma. Mike Bausch and his brother Jim opened their first location, Andolini's Pizzeria, in 2005, and have since expanded the business to include multiple locations of Andolini's as well as other restaurant concepts including pizzerias, slice shops, food trucks, and fine dining restaurants.

Mike and Jim rely on their Marine Corps family history, ingenuity and Italian heritage to guide all of their culinary endeavors and are committed to providing guests with exceptional service and great food, made with the utmost passion and highest quality, sustainably sourced ingredients. They are also a model for how to treat their entire team.

To manage their group of restaurants, Andolini's was using HotSchedules, which ended up costing hundreds of dollars a month per location. After years of use, they found that the customer service and training on the product didn't match the personal touch that they appreciated and wanted for their restaurants. So in 2018, Mike Bausch and his team at Andolini's made the switch to 7shifts. We spoke to Mike Bausch about how he and his team use 7shifts team management platform to run their business.

At each of Andolini's locations—like other multi-location restaurants—the general manager handles the schedules. They base their schedules on the previous year's sales, broken out into three tiers: a heavy (aka busy or profitable) week, an average week, or a lower week. Here's how that works in practice:

“Say the expectation based on previous years is you're going to do $30,000 week, so let's say the schedule is an $8,000 schedule, all the pay rates are up to date because they're linking with Toast [our POS]. Before 7shifts, we still just had to keep up and make sure to pay rates were tight,” says Bausch.

The structure of Andolini's business adds another dimension to scheduling complexity. “We're a restaurant group per se, but it's all in one town with several different [concepts].” This includes Andolini's, STG Italian, Andolini's Sliced, and even a food truck. Bausch adds that he may have a team member working as a server in one store, help out making pizza in another, and even be on the road making some deliveries on a different day. And all of the roles have different rates of pay.

In comes what Bausch calls “the secret sauce of 7shifts,” which turns these unique scheduling complications into something much more manageable. 7shifts' easy-to-use scheduling interface makes it so when that person is scheduled on shift, they can't accidentally be scheduled for another shift or in a different role. 7shifts' integrations with Andolini's POS and Payroll systems – Toast and ADP respectively – also help ensure pay rates are accurate to ensure labor costs keep in check and targets are met.

“We can plan out the week and not double-dip on a person,” says Bausch. “And a lot of that stuff was happening, it doesn't happen anymore.”

Despite the challenges of scheduling, most of the locations have improved their labor percentage since a short, pandemic pause.

(7shifts only has enough data to accurately portray 6 of Andolini's 9 locations as of publication date.)

With the power of 7shifts team management platform, Andolini's is also able to keep consistent labor productivity (between $40 and $55 per labor hour) across all of their businesses.

Andolini's also uses the 7shifts reporting features to dive deep into the details of their schedules like never before. By comparing the variance between actual labor costs and the expected, Andolini's was able to make adjustments that saved them thousands. “Just one and a half hours too much at every single store every single day is what was killing us,” says Bausch.

7shifts helps give Andolini's team a way to see the small details that make a big impact on their bottom line.

“That which is measured gets done. And [7shifts] gives us the tool to measure it. Otherwise, it was like trying to gauge the height of a building by eyeballing it as opposed to using a measuring tape,” says Bausch.

What can 7shifts do for you?

Keeping in Sync with Communication Tools

Managing team communication at one restaurant is a challenge unto itself, let alone a team of 300 plus across 9 locations. Andolini's solves this with 7shifts announcement tools.

Bausch finds the direct, one-way nature of the announcements a lot more straightforward than sending announcements down a pipeline of “...a manager, to a front of house manager, to a shift note, to the end person. There was no way for me to instantly communicate with all my staff. And 7shifts has gotten so damn good at the notifications it even tells me if someone's not getting the notification. So I can say, 'Hey, Tammy in Owasso is not seeing this. We need to fix that right now.' says Bausch.

He found that while he could use a group chat or email, the consistency in which his team checked it varied too wildly for it to be an effective means of communicating. He also sends videos of him speaking, which appear right in the feed, rather than uploading a video elsewhere and using a share link.

“So whether it's a goofy, 'Hey, everyone's done great this week,' or it's legally necessary material that I need to get out, I have a way to do that instantly,” says Bausch.

The Andolini team sends hundreds of announcements each year, about one each day.

“The notifications thing in and of itself, that could be a product in and of itself that would have value in this business,” says Bausch. 7shifts communication tools allows for managers to send one-way announcements to their entire team, which get sent to employees via email as well as a push notification to the 7shifts mobile app. Read receipts are also included, so you'll always know if someone hasn't seen your message.

Andolini's success as a restaurant also has a lot to do with the amazing team they've assembled. 7shifts' restaurant scheduling software makes it easy for Andolini's to make smarter schedules that save on labor costs. But the easy-to-use, adaptable nature of scheduling of the platform helps the team “schedule with empathy.”

“If you want anything, you have a direct line of communication with us to say it all. Your managers care about you." It's a really simple difference where the restaurant industry, especially 10 years ago was like, 'The schedule's the schedule, if you can't work it, find another job,' and now it's like, 'Hey if something comes up, let us work with you. We have all these stores here, someone should work Sunday night if your daughter has a dance recital you didn't know about. Let's figure it out," says Bausch.

Bausch implores his team to “schedule with empathy, not a hard-line approach.”

“I think it's extremely undervalued how directly connected a schedule is to staff morale, attrition, and retention,” says Bausch.

It's required of Andolini's management to post schedules 14 days ahead of time. This allows for the team opportunities to plan out their life.

Getting the schedule out weeks in advance does require team members to submit availability, too. But Bausch believes that people adjust to that expectation: “People just need the fence of what they're allowed to run inside of and they'll be fine,” says Bausch. Scheduling employees effectively has been a huge help for Andolini's in providing a more flexible restaurant for employees.

7shifts makes this a lot simpler for his team to submit time-off requests, update their availability, and even trade shifts if they need last-minute coverage.

Scheduling with empathy is a huge reason that Andolini's holds about a 35% attrition rate annually. Bausch contends that about 15 to 20% of that are employees going off to school or making life changes and that if you're at a super low rate, you may be keeping team members around that aren't pulling their weight. In an industry where turnover rate often eclipses 100%, Andolini's represents almost unheard of success when it comes to staff retention.

Recommended Reading: 5 Signs You Need to Switch from Excel to Scheduling Software

The sum of using 7shifts for scheduling, team management, and communication has had a huge impact on Andolini's bottom line, and Bausch says that 7shifts easily pays for itself in multiple ways.

Lastly, “communicating things effectively so we don't piss off customers, which is always going to be another...because not having staff aware of something that then annoys a customer, then we lose money there,” says Bausch.

In many ways, Mike Bausch and his team at Andolini's represent a model for how to run a modern restaurant business: use technology to make smarter decisions and treat your team with respect and empathy. The latter is predicated on the core values that Andolini's abides by. Restaurant technology like the 7shifts team management platform can't do this for you—but it can certainly make it easier.

“If you're a restaurant professional, this is a mandate. If this is a hobby for you, by all means, use something else. Use Excel, use post-it notes if you write it down. But if you're a professional and this is your career and your actual goal is to earn profit for your business, then there's no viable solution or anything that would make sense other than this. There just isn't,” says Bausch. 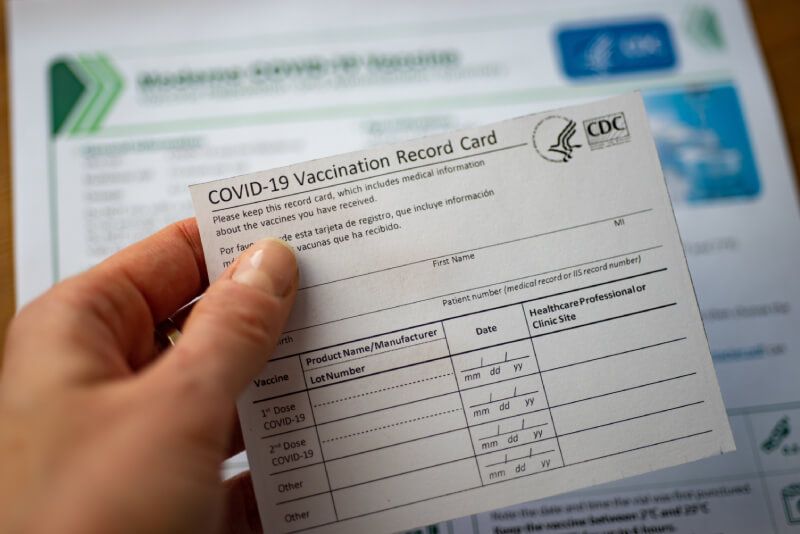 As a restaurant owner or manager, here are the answers and insights for what you need to know on restaurant vaccine policies and passports. 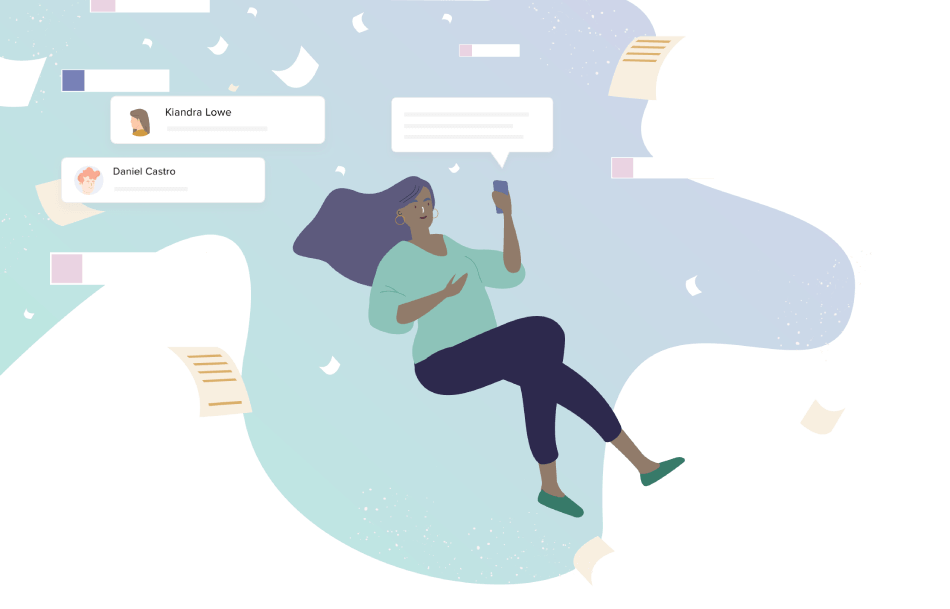 Learn how several different restaurants are using 7shifts Announcement and Team Communication tools to stay connected and grow the business.